Celtic have raised the possibility of taking the Aleksandar Tonev appeal hearing decision to the Court of Arbitration for Sport, but there are questions over whether legally the club are in a position to take such a step. If however the club do manage to take this unprecedented step what will happen at this hearing? 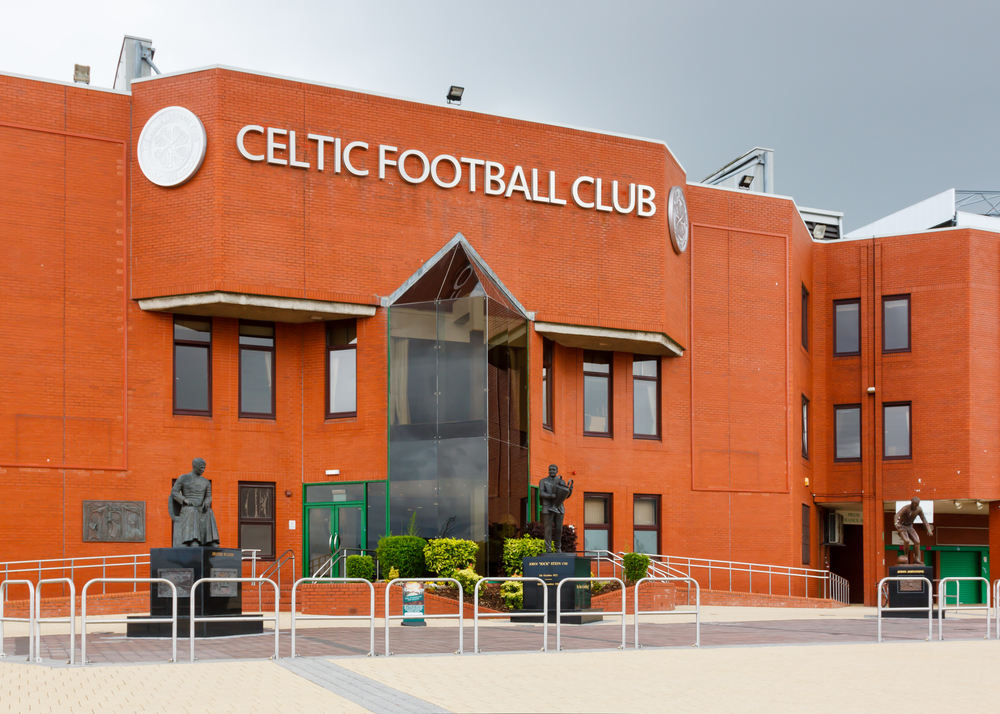 What has happened so far?

Tonev was found guilty of a charge of "excessive misconduct " by an SFA judiciary panel and a 7 match suspension was imposed. The charge arose from an incident involving the player in the Scottish Premier League fixture in September between Celtic and Aberdeen. Celtic have appealed the outcome to an appeal tribunal hearing which was held on 4th December and a decision is expected within two weeks of that date .

If the outcome were to go against the player Celtic manager Ronny Deila has advised the Press that the club will consider taking the matter to the Court of Arbitration for Sport, based in Switzerland. The main issue for Celtic appears to be that the original decision was reached on the basis of accepting one person's version of events rather than another - there was no other supporting evidence of wrongdoing and Celtic consider this unjust.

Can the matter be referred to the Court of Arbitration for Sport (CAS)?

If Celtic were to wish to take this step then there may well be legal proceedings over whether or not they are actually in a position to do so. The SFA consider the appeal tribunal to be the final stage in any appeal procedure and that the matter cannot be taken beyond that. However reference to the CAS having jurisdiction over SFA member clubs is referenced in the Articles of Association of the SFA. So, there is definite uncertainty as to what the next step would be – no appeal matter has ever been referred to the CAS before.

In Article 66 of FIFA Statutes, FIFA explicitly recognizes CAS to resolve disputes between FIFA members, confederations, leagues, clubs, players, officials and licensed agents. However FIFA Articles also state that this can only be done after all other internal channels have been exhausted. They also state that the CAS doesn't deal with decisions in relation to violation of the laws of the game or suspensions of less than four matches. Art 67 3 outlines that national disputes that may be brought before a recognized independent national arbitration tribunal cannot be appealed to the CAS.

Some key questions to consider

Were Tonevs actions, allegedly using racist language, a violation of the laws of the game?

Celtic could look to establish that the use of racist language falls outwith 'the laws of the game'. FIFA's official laws of the game outline aspects including: the number of substitutes permitted, minimum number of players required and equipment requirements. They deal with technical rules relating to the field of play. This would suggest that Celtic could advance a strong argument to suggest that Tonev's behaviour falls outwith the laws of the game and therefore the type of matter that could be heard by the CAS.

Does the SFA offer a recognized independant arbitration?

Could Celtic argue that SFA doesn't provide sufficient idependence and impartiality? ICAS (The International Council of Arbitration for Sport) ensures that the CAS is independant. Do the SFA have the same kind of checks in place?

Have Celtic exhausted all internal channels?

It certainly appears that Celtic have exhausted internal channels by appealing to the SFA appeal tribunal.

It may be that after discussions at some stage the SFA simply agrees to accept the jurisdiction of the CAS and may take the view that the CAS are better equipped to settle that particular matter. It may transpire that Celtic will require the SFA to accept jurisdiction before they can appeal to CAS.

This all remains uncertain and will only be answered when someone does in fact try and appeal to the CAS.

What is the CAS?

The CAS is based in Lausanne in Switzerland and began to function in 1984.The Court of Arbitration for Sport was set up by the former President of the International Olympic Committee, Juan Antonio Samaranch. His vision was that sports disputes would be settled 'within the sporting family' and that one day the CAS would become a 'Supreme Court of World Sport'.

In line with Samaranch's vision many disputes are now submitted to CAS in order to be resolved, over 400 per year. 2002 saw a vast increase in cases as FIFA joined CAS, this resulted in a big increase of football related disputes. It deals with disputes arising from events such as the UEFA European Football Championships, the Olympics, the Commonwealth Games and disputes involving International Sporting Federations where they have recognised the authority of the CAS – this is known as recognising the jurisdiction of the CAS.

The CAS operates generally under Swiss Law having its seat in Lausanne. However, it also has decentralised offices in Sydney and New York. They also operate Ad Hoc divisions in the Cities hosting summer and winter games. This is done to deal with matters arising during the games quickly and also to ensure athletes do not need to pay for legal proceedings

How does the CAS deal with issues?

The CAS will settle disputes either by arbitration. CAS also offers mediation services and non binding advisory opinions. Where parties in a dispute agree that the CAS has jurisdiction to hear a case the matter is referred for the CAS to consider and decide upon.

A panel of three persons from an agreed list are chosen to be arbitrators – the people who will make the decision in the case. Each party can select one arbitrator from an agreed list and then the third person is selected as an independent chairperson. The Celtic case would be an appeal arbitration and this usually involves a rehearing of the dispute.

The CAS uses a combination of universally accepted norms of law along with an understanding of sport to reach a decision on whether the rules applied at the earlier hearings were reasonable and lawful, and will also consider the penalties imposed and whether or not they were appropriate.

Will the decision of the CAS be made public?

CAS proceedings and decisions are a matter of private law and confidential to the parties. However, decisions being made public allows a body of case law to be built up. This body of sports law is known as Lex Sportiva. This helps to create legal certainty and consistency, arbitrars are not bound by previous decisions but in practice they do follow previous decisions. This shows there is a clear conflict between the privacy it offers to parties and the public interest of people knowing how these cases are decided. However, in practice more and more information is being made available to the public. The award, a summary and a press release will be made public unless both parties agree they should remain confidential.

How long would it take for the CAS to make a ruling?

The CAS is able to act quickly to reach decisions on disputes when they occur during events such as major championships but this is through a more streamlined process. For full appeal hearings three months from receipt of the file is the timescale within which the matter must be made.

Can the ruling of the CAS be appealed?

Normally this is the final outcome – there is however a route to appeal to the Swiss Federal Tribunal.. The grounds for annulling a decision of the CAS are very limited and are usually related to procedural issues, for example lack of jurisdiction. However, the landmark case of Matuzalem extended this. It was the first time where the Swiss Federal Tribunal overruled a CAS award based on substantive law rather than just procedural law. This case involved Brazilian footballer Francelino Matuzalem da Silva. He terminated his his contract with Shaktar Donetsk, without just cause, to play for Real Zaragoza. FIFA ordered 'Matuzalem to pay EUR 6.8 million. The CAS increased this figure to EUR 11.9 million and held that Matuzalem and Shaktar were jointly and severally liable. The Swiss Federal Tribunal upheld this decision. Both Matuzalem and Zaragoza were unable to pay so FIFA took steps to ban Matuzalem until the full amount was paid. The CAS upheld this decision. The Swiss Federal tribunal disagreed with this decision, they allowed Matuzalems appeal against the CAS and removed the ban which they deemed fundamentally unlawful.
This decision established that the Swiss Federal Tribunal can overrule a CAS award based on substantive law as well as in relation to a matter of procedural law.

how valid is the case, and what lies ahead

The truth of the matter is that until Celtic's appeal is heard by the SFA the case may never reach the CAS. If the SFA chose to grant an appeal or lower the ban, the case could be out of Celtic's hands, with the CAS only dealing with lengthy suspensions. Celtic however believe they have a case with an appeal, arguing that Tonev's limited English and a lack of evidence support their claim. If the appeal is turned down and the ban upheld, Celtic have to decide whether the case is compelling enough to bring to the CAS and if it is worth a high profile and potentially expensive trial to overrule the Scottish Football governing body.

> Find out more about the SFA Disciplinary Rules

For other legal news from the world of sport, take a look at our Sports Law Guides and our article on the legal future of Craig Whyte.