Put simply, a constitution is a set of laws guiding how a country is governed. The constitution organises, distributes and regulates the power of a state. It can either be written down (codified) in one single document, such as The Constitution of the United States, or unwritten (uncodified) and found in a variety of sources, as is the case in the UK. 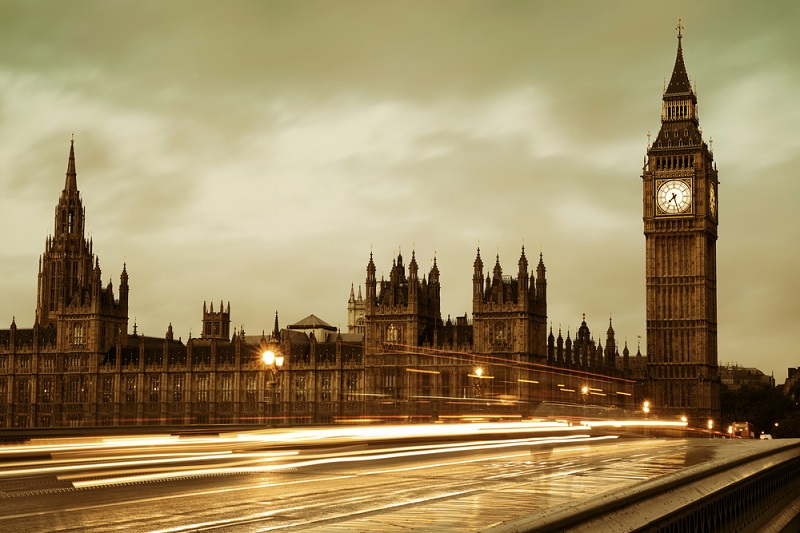 The main law-making organisations in the UK and its constituent parts are the UK Parliament in Westminster, the Scottish Parliament in Edinburgh, the National Assembly for Wales in Cardiff and the Northern Ireland Assembly in Belfast. Various European and international arrangements also have an impact on the country’s legal system. This guide explains how these arrangements work together to guide how the UK is run.

To understand constitutional law, it is important to be aware of the fundamental distinction between public and private law.

This guide primarily focuses on public law as it is explores the relationship between the state and its citizens.

The functions of most democratic states, which are primarily run through the making and enforcing laws, are usually separated into three categories:

Devolution is the term used for the transfer of powers from the UK Parliament to subnational authorities. The subnational authorities in the UK are the Scottish Parliament, National Assembly for Wales and the Northern Ireland Assembly. This means that the UK Parliament has granted these bodies law-making powers in relation to certain matters. Although parliamentary sovereignty means the UK Parliament retains ultimate authority and may revoke any devolved powers, it is unlikely to do so for political reasons. See ‘Legislative Hierarchy’ below for more information.

The Law in Scotland

Scotland and the rest of the UK have different legal systems. Historically, this stems from the Treaty of Union 1707, which formed the United Kingdom with Scotland as a part of it, and explicitly referred to the maintenance of distinct legal systems.

Scotland’s legal system is a hybrid between common law and civil law. Common law is a system which uses a hierarchy of courts and judges to develop law. Civil law, on the other hand, is a legal system which relies primarily on codifying (writing) legal principles. Scotland uses both of these elements: there are courts in Scotland which develop the law, the Scottish Parliament that makes laws on devolved matters and the UK Parliament in Westminster that makes laws on reserved matters that have force throughout the UK. So, whilst company law, for example, is practically the same throughout the UK because the Westminster Parliament has legislated comprehensively on it (Companies Act 2006), property law is different because many of the rules in Scotland originate from years of judicial authority, rather than Acts of the UK Parliament.

As Scotland has its own legal system, the courts in Scotland are distinct from those in the rest of the UK, except for the UK Supreme Court, which is the highest court for every part of the UK.

Although the Scottish court system for civil law and criminal law is different, each has a hierarchy: the higher court has authority over the lower court. In other words, if the Supreme Court makes a decision then all the other courts in the UK must follow it in future cases.

Likewise, if someone appeals to a higher court then that court can overrule a decision made by a court below it. The higher the court, the greater its authority. If it is an important issue, perhaps a criminal law case (e.g. murder) or an important civil law case (e.g. an accusation that a state authority, such as the Government, has acted illegally), then it will be dealt with by the court which is higher in the chain.

However, it is possible for a Supreme Court case to be concerned with Scottish criminal law in cases where a compatibility or devolution issue arises. But, to understand what this is, it is important to first understand the legislative hierarchy.

The main legislative body in the UK is the Westminster Parliament in London. Often referred to as ‘sovereign’, meaning that it has the main power to make and change law.

As mentioned earlier, a criminal case can appear before the UK Supreme Court when the competence of the Scottish Parliament’s or Government’s actions are being challenged. This happened in the Cadder case, which attracted a lot of media attention. Scottish criminal law said it was okay for somebody in police custody not to have access to a lawyer until they were formally charged. But the Supreme Court decided that this piece of Scottish criminal law was not compatible with the European Convention on Human Rights and its requirements for ensuring a fair trial and access to a lawyer at an earlier stage.

The Influence of Europe

UK Constitutional Law is also affected by Europe. There are many misconceptions and blurred lines surrounding Europe, particularly in the UK, so it helps to understand that – in legal terms – there are ‘different’ Europes: the Council of Europe and the European Union. A proposed referendum to leave the European Union, for instance, does not affect the UK’s relationship with the Council of Europe.

The Council of Europe

This is an institution of 47 member states which primarily deals with human rights law and enforcing the European Convention on Human Rights (ECHR):

Legally, the Council of Europe only has as much effect as the UK Parliament has allowed it. The UK Parliament created the Human Rights Act 1998 which makes the UK courts responsible for upholding the ECHR and for the UK Parliament to ‘take into account’ its decisions. But the UK Parliament, as the sovereign institution in the UK, cannot be forced to do anything, legally speaking (which is why it has not legislated on the issue of prisoner voting rights despite the European Court saying it has to).

So, if the UK Parliament creates a law which is not compatible with the ECHR, they will get a slap on the wrists from the Court in Strasbourg and may be issued a fine, or a UK court may issue a ‘declaration of incompatibility’ – but, legally speaking, the law does not change until the UK Parliament decides to change it. However, if that same law is created by the Scottish Parliament, then it quite simply is not recognised as law in Scotland and it would be treated as if it never existed.

This is an institution of 28 member states, which is completely distinct from the Council of Europe. It is a supranational organisation with a unique political and legal status, created by international treaties and with a democratically elected parliament.

Due to the way the EU has been set up, ‘direct effect’ of laws can happen in certain situations. This means that citizens of member states are affected by EU laws, even if their own parliament has not passed the law. The way to think about it is that the EU, like the Scottish Parliament, is an institution which the UK Parliament ‘delegated’ some of its power to. The EU can only legislate in certain agreed areas which are laid out in the ‘primary laws’ (the various treaties it has signed and officially agreed to, including the Treaty on the European Union and the Treaty on the Functioning of the European Union). As a result, these legal agreements are directly legally enforceable in the UK. This means that a UK citizen can enforce these laws in any UK court, or as far as the CJEU and the UK is legally obliged to uphold those rulings. Unlike the Council of Europe and rulings from the European Court of Human Rights, the UK cannot lawfully ignore the rulings or the fines made against it.

There is also the issue of secondary legislation – legislation which is created by the EU, such as Regulations and Directives. If the EU passes a Regulation then this instantly becomes law in the UK and will be enforceable by UK citizens in the same way as above. Directives generally do not have this power, but the UK is legally obliged to start using that law domestically, meaning the UK Parliament must legislate on the Directive to introduce it.

The Impact of Europe

How do I complain to Ombudsmen? | Introduction to EU Law - Quick Guide | Legal Jurisdiction in Scotland - The Complete Guide