Individuals who are seeking to navigate the legal system successfully may struggle to do so when faced with complex legal jargon and formal language. Lawyers, judges and legislative provisions use technical words, many of which are not used in everyday conversation. The result is that often people feel excluded from the legal process. 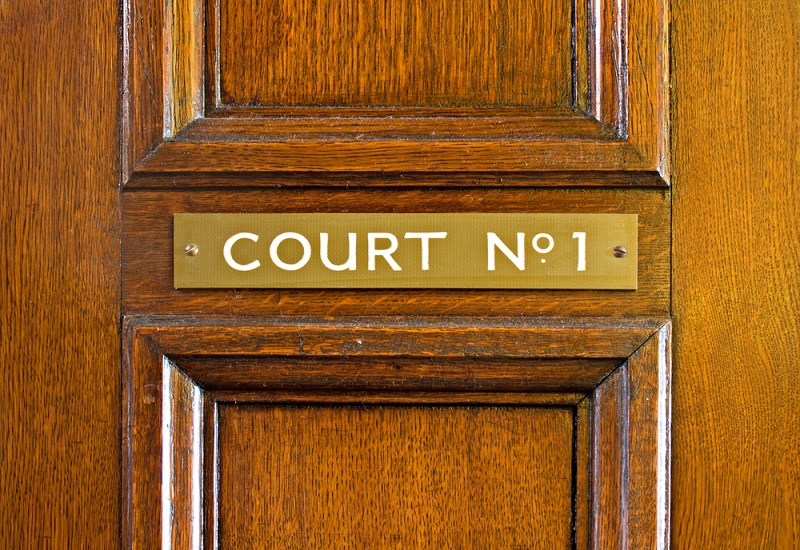 Unlock the Law tries to address this by providing simple explanations of legal concepts. This guide considers the fundamental legal issue of ‘jurisdiction’. In doing so, it examines what jurisdiction is and why it is important in litigation. The purpose of this guide is therefore to provide individuals with an understanding of this legal concept, and bring some of key issues to their attention, with the aim to ‘unlock the law’ on the matter of jurisdiction.

What questions will this guide answer?

This guide will answer the following questions:

The word ‘jurisdiction’ is used in a number of contexts to mean a variety of things. It is often used to refer to a whole legal system, encompassing both the laws and legal infrastructure of a state. This would be the case, for example, where someone says that ‘divorce is legal under this jurisdiction’.

This guide, however, examines a more technical meaning of the word jurisdiction. Rather than referring to the entire legal system, instead, it refers to the situation where a court will have control of a case or over an issue. For the purposes of this guide, therefore, jurisdiction is defined as an official power held by a court or body to make a legal decision and judgment on a particular matter.

Jurisdiction is therefore a matter of power and authority. It refers to the power that a legal decision maker will have over an individual, a case or an entire area of law – and the authority upon which they can exercise that power.  Having jurisdiction for a dispute enables the court to make an enforceable judgment on the matter. This means that, if a court does not have jurisdiction, its judgment will not bind the parties in question.

2. What is jurisdiction not?

Jurisdiction does not refer to the body of law that will be applied in a particular case. In that sense, jurisdiction is not the same thing as the ‘governing law’. While jurisdiction refers to the situation where a court will have control of a particular case or area of law, the governing law refers to the actual law that will be applied by the court with that jurisdiction. So, for example, an English court may have jurisdiction to decide a case, but the parties may have agreed that Spanish law governs the matter. The English court would therefore apply Spanish law.

3. The Importance of Jurisdiction

Jurisdiction is important for a number of reasons. Some of these are basic, practical considerations. Others are more strategic, in the sense that, where more than one court is entitled to determine a dispute, the choice of court may help or hinder a party’s chance of success.

Reason 1: A court that is not entitled to entertain a case cannot do so

At a very basic level, it is important to identify the correct court to hear any case to ensure that the judgment given is enforceable. If a court does not have jurisdiction to hear a case, it cannot do so. The result is that, in the very unlikely situation that a judge gave a decision in a case where he or she was not entitled to do so, the final judgment given would not be enforceable.

Reason 2: Penalties and delays where actions are commenced in the wrong court

It is almost inconceivable that a court would mistakenly hear a case that it did not have jurisdiction over. It is, instead, far more likely that, where a case is commenced in the wrong court, it will be transferred to the correct forum. At best, this results in delays and additional expenditure for all the parties involved. More seriously, however, the party who brought the action may be penalised for failing to bring it in the correct court. The party in the wrong may, for example, be forced to pay the legal costs related to the mistake. In the worst-case scenario, a case may be dismissed because of a mistake over jurisdiction. This may be particularly problematic where a case has been brought near the end of the limitation (time) period in which the case may be commenced.

Reason 3: Forum shopping and the strategic benefits of understanding jurisdiction

If there is doubt over which court or even which country proceedings should be brought in, or if there is a choice as to where an action could be heard, there may well be strategic benefits related to the choice of jurisdiction. Where a party chooses to litigate in a particular state for strategic reasons, this is colloquially known as ‘forum shopping’. Although such behaviour is often frowned upon, if there is a choice of jurisdiction, lawyers should advise their clients carefully on it. The choice of jurisdiction often carries very serious implications for the parties. For example, different courts and countries may provide different remedies for the dispute in question. There are also issues of costs, language barriers, and transportation to take into account.

Even within one country, there may be a degree of choice, or judgment to be exercised, when deciding which court to bring proceedings in. For example, where issues are complex or raise an issue of public importance, they benefit from the experience of a judge in the higher courts.

Personal jurisdiction refers to a court’s power over particular persons. The court’s control of the matter is justified by a sufficient connection between the person in question.

It is important to note that the parties to a dispute may waive personal jurisdiction and agree that the dispute be heard in an alternative court. This is known as ‘prorogating’. By doing so, they accept the authority of the court that they contractually agree – even if they are more closely affiliated with a different legal system.

Territorial jurisdiction refers to the power of a court over persons and situations arising within a particular geographical area. Like personal jurisdiction, it can be waived. Such prorogation clauses are particularly common in commercial cases, where parties will often agree to litigate in a country where it is commercially sensible to do so.

Subject matter jurisdiction refers to a court’s power to hear certain types of claim. Often specific courts are designated for particular types of disputes or areas of law. Where several courts are responsible for a particular subject, the court that is most appropriate will then often be distinguished on the basis of the financial value of the claim. Unlike personal jurisdiction, parties cannot waive the subject matter requirements.

Step 1: Have the parties agreed to out of court dispute resolution? Should they nonetheless consider it?

Increasingly, the parties to a contract will agree to use alternative mechanisms for dispute resolution (ADR), which involve utilising out of court alternatives such as mediation or arbitration. In such a scenario, it may be necessary to ask whether or not the claim should be in any court at all. Some forms of ADR, such as arbitration, are binding, while others may allow the parties to return to court in the event of on-going disagreements. While not technically a question of jurisdiction, considering whether or not parties have agreed to use (or should be advised to use) ADR mechanisms is an important preliminary step in determining which court a claim should be brought in.

Step 2: Have the parties contractually agreed on which court should be used?

As mentioned above, parties can ‘prorogate’ jurisdiction – deciding in advance what court should hear a claim. This court may be in Scotland, or in another state. As long as the forum is an appropriate one for that type of claim, taking in to account its nature, value and importance, then the courts will not generally interfere with the decision of the parties.

It is worth noting that such jurisdiction (or prorogation) clauses must either be in writing, or subscribe to the practices the parties have themselves established.

Civil actions primarily involve disputes between private parties over non-criminal matters. The majority of cases in Scotland will be started in the Sheriff Courts. The procedure to be used in the Sheriff Court will be determined by the financial value of the case. The relevant value is subject to change. At the time of writing, claims worth less than £3000 will normally be allocated to the small claims track. Where a claim is estimated to be worth between £3000 and £5000, the summary cause procedure will be used. The ordinary procedure will be used where the claim is valued at over £5000.

The question then is which Sheriff Court should a party commence litigation in? Each Sheriff Court is in charge of a geographical area known as a ‘Sheriffdom’. The specific court is determined by the Civil Jurisdiction and Judgments Act 1982, which gives effect to international law in this field (namely the Brussels Convention and EU Brussels Regulations). These rules are complex, and contain a variety of exceptions to the general position. However, in general, the rule is that defendants should be sued in the place where they are domiciled. As such, in most cases, the claimant should bring the action in the court in the part of Scotland or the UK where the defendant lives.

However, often in civil cases, the defendant may not be resident in Scotland or may be a company that is registered abroad. In such a situation, the subject matter of a dispute may be used as an alternative basis for jurisdiction. Under the 1982 Act, this is known as ‘special jurisdiction’. For example, if you had an accident in Scotland and wanted to sue a company registered in France, you may be able to use the subject matter of the dispute to ensure that the proceedings are heard in the Scottish courts. So, although the domicile of the defendant is still the principle way to allocate jurisdiction, subject matter may provide an alternative route.

Some civil actions should be commenced in the superior courts. The Court of Session deals with a wide range of civil matters, commercial disputes and judicial reviews. It tends to focus on cases of particular importance, as defined by their subject matter, financial value or public importance. Moreover, the Court of Session has exclusive jurisdiction for certain matters, such as the winding up of a company worth over £120,000.

Finally, criminal matters will obviously fall under the jurisdiction of the criminal courts. In Scotland, that primarily means the Justice of the Peace Courts, the Sheriff Courts and the High Court of the Justiciary. Summary crimes, such as driving or regulatory offences, are likely to be heard in the Justice of the Peace Courts, while particularly serious criminal trials will be heard in the High Court.

Constitutional Law in the UK - Legal Guide | How do I complain to Ombudsmen? | Introduction to EU Law - Quick Guide