How do I complain to Ombudsmen?

Have you ever wanted to complain about the service you have received, but were unsure of who to complain to? This is not an uncommon problem. Many people experience objectionable treatment by businesses and are often left feeling that they have no recourse. This is precisely when Ombudsmen can become very useful. However a significant number of people are unfamiliar with the rules that apply to their use, or the powers that are available to them. 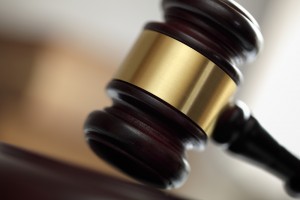 Here we provide a guide on ombudsmen: who they are; what they do; and when you can use them.

WHAT QUESTIONS WILL THIS GUIDE ANSWER?

The best way to think of Ombudsmen, or ‘Commissioners’as they are sometimes known, is as a third party in a relationship between a service user and a provider. They are designed to act as an independent party that people can complain to, when they have received some kind of objectionable service or treatment from a particular organisation.

It is important to understand that Ombudsmen are charged with a very important duty in handling complaints. As a result, in order to be an Ombudsman, an organisation must meet certain criteria that are laid down by the Ombudsman Association. These are:

It is important to be aware that most ombudsmen are created by the government through legislation, which will specify what the ombudsman can/ cannot do and who they have been created to regulate/ investigate. As a result most ombudsmen will meet these criteria.

What can they do?

Where an Ombudsman receives a complaint regarding the activities of a particular organisation, they are empowered to investigate this complaint. These complaints will in most cases refer to a situation where something has been done badly or unfairly, causing someone else to suffer as a result. This is sometimes known as ‘maladministration’. Examples include:

It is very important that you understand that there is a restriction placed on precisely what an Ombudsman can consider in terms of a complaint. Contrary to what many people believe, an Ombudsman is unable to investigate and rule on the action taken by an organisation, or the decision it takes. Instead, it is empowered to investigate and rule on the way that this decision or action was reached.

In agreeing to investigate a complaint an ombudsman has one of two options at its disposal:

It is important to understand that the decisions of an Ombudsman are not the same as the decisions of courts. They are not legally enforceable. However their decisions in respect of complaints will in most cases be passed on to regulators, who will have the power to enforce these decisions.

Moreover it is important to understand that, while the services provided by Ombudsmen are free to members of the public, the courts are not. You will likely need to engage an experienced solicitor to handle your case, which may take a considerable amount of time to settle. In those cases you may be required to pay a significant legal bill. Furthermore, your financial outgoings will be higher still, should the court find itself unable to rule in your favour.

You should also be aware that unlike the decisions of courts, there is no appeal for a decision made by an Ombudsman. Their decision is final. You also have no control over the investigate approach that the Ombudsman decides to take. Unlike in court based dispute resolution, you will not be able to plan how you wish to present your case across a lengthy case. Another important fact to keep in mind is that while the Ombudsman may decide to investigate your complaint, it is not accurate to say that they are ‘acting’for you. In fact they do not act in your interests at all, but rather those of all people that come into contact with the particular organisation.

You must understand that there are Ombudsmen for almost every sector of business.

Some of the most well-known Ombudsmen include:

Each of these organisations, along with the many others that exist, will in most cases have their own procedures for contacting them. However in the majority of cases they will require that you provide them with the following pieces of information:

While in the majority of cases approaching an Ombudsman will be free, there may be instances where you incur some financial loss in brining your complaint to their attention e.g. public transport expenses. If this is the case, you should be able to claim this back from them.

If you are wary of approaching an Ombudsman, it is possible for you to instruct a third party to act on your behalf. However if this is the case, you must provide written evidence to the Ombudsman that you consent to their handling your complaint on your behalf.

Other than an understanding of what Ombudsmen do, it is vital that you know when you are to contact them with your complaint about an organisation. In almost all cases, an Ombudsman will not be able to investigate your complaint until after you have first raised it with the organisation concerned through their complaints procedure.

Alternatively, if your complaint is not dealt with within a reasonable time after your having contacted the organisation in question e.g. no less than 14 days, then you may be able to approach the Ombudsman.

The important point to understand about Ombudsmen is that they share many of the characteristics of courts. They act as independent, impartial adjudicators that individuals can turn to when they fell that they have received objectionable treatment from an organisation. Also, like the courts, it is required that individuals who have a complaint against an organisation first attempt to settle matters with the body concerned. This is to allow both parties to attempt to resolve the matter through the processes that have already been set up. It is only if this proves unsuccessful that an Ombudsman will entertain a complaint. While their services are free, the decisions that they make in respect of your complaint will not be able to be relied upon in a court. In most cases organisations that have an Ombudsman’s ruling against them will have regard for their recommendations –organisations will, in the majority of cases, seek to avoid negative PR where possible.

Nothing in this guide is intended to constitute legal advice and you are strongly advised to seek independent legal advice on matters that affect you.