Blink-182 - The Divorce Of The Century. What Happens Now? Tom DeLonge has left Blink-182. A number of years ago this would have shocked fans, however in recent years the band has seemed to be reliant on the law to keep it together. 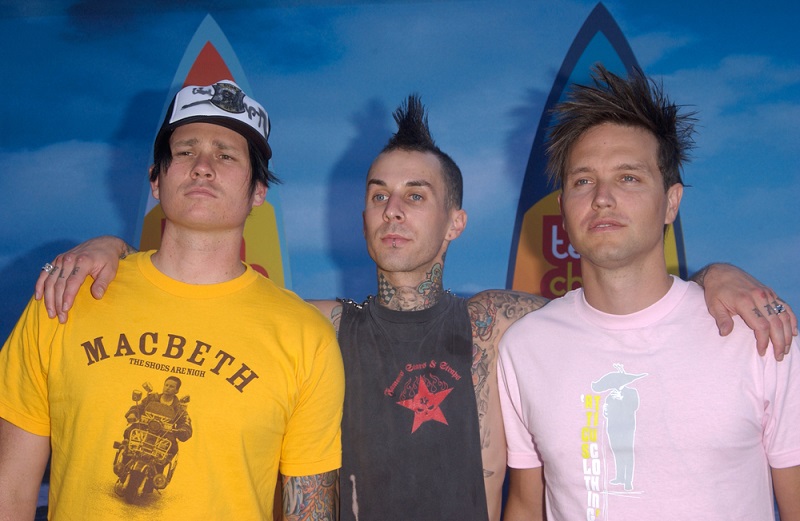 Managers, contracts, record deals and insecurities have led to the demise of the most famous pop-punk band of the 21st century – even the 900 word letter from Tom DeLonge outlining his love for the band is littered with legal jargon – a far cry from the carefree, early days of the band, started in his garage, with two of his best friends from high school.

But what happens now? Can Mark and Travis just decide 'Tom. Is. Out.' (as allegedly stated in an email from Tom's manager)? Has Tom resigned? Does he have rights to Blink-182's music? Can they just replace him for scheduled upcoming shows? Our teenage hearts ache to write this, but what is the law behind the Blink-182 super split?

Is either side guilty of defamation?

Defamation is the law that provides a civil remedy where the words of an individual or group of individuals cause harm you your reputation or livelihood. Generally, a defamatory statement must be a false statement of fact that is negligently or intentionally communicated, or published to a third party. In order to make a claim for defamation, the statement must cause injury or damage to the person that is the subject of the statement.

Both sides have told a different story. This implies that one side of the story must be false -  which could amount to defamation if loss is suffered by one of the parties. This loss could be through damage to reputation, which arguably the whole break up saga has caused to all parties involved. Mark and Travis have painted Tom to be in their own words ' ungrateful' and 'disingenuous' whilst on the other side, Tom claims that their stories are fabricated to protect their own reputations.

If either side can prove that there is a false statement of fact, they could potentially make a successful claim for defamation and receive compensation from the other side for damage done to their reputation or livelihood.

Can Mark and Travis just Kick Tom out?

'I started this band, it was in my garage where I dreamed up the mischief.' – Taken from Tom DeLonge's 'Letter to Fans' January 2015

It is not quite as simple as deciding that one band member needs to go and telling them their fired – at least it's usually not as simple as that.

The complications turn on who you are terminating from the band. If this is a founding member or chief songwriter, then you may not be free to fire them and continue as the same band.

Founding members and chief songwriters  tend to have some kind of ownership of the band. They started it, they wrote the songs, they own the copyrights to songs and this may mean that the band faces a breakup situation, rather than expelling a member.

Mark and Travis could continue the band, but they could be forced to play under a different name and without any of Tom's material. You can't just cut someone out and continue using the music they have created.

However, the exception to this will be in the band's contract. Band contracts usually deal with acceptable reasons for termination which if proven the band member to be terminated will need to abide by. The contract may also allow the remaining band members to continue to use material created by the expelled member granted that they are provided with adequate compensation, and have been terminated for a cause stated in the contract.

What about upcoming shows and record deals?

This is difficult for the band more than the person choosing to leave. When a record deal is in place, certain members of the band may be specified as 'key members'. This means that the record deal cannot continue without the key member as the label believe they are essential to the band. This is usually the case with lead singers, particularly if they have a distinctive voice - enter Tom DeLonge.

What does Tom get in the divorce?

The expulsion or retirement of a band member deepens in complexity with the length and stage of the music career. If no money is being made, no deals in place and the musician on their way out only assisted in talent or connections then all it may take is some good faith money as compensation.

However, this is unlikely to be the case in the battle of Blink 182. Where there is a record deal, upcoming shows, albums being sold and licensing income from songs written by Tom, the divorce gets a little messy.

A contract may stipulate how exactly this is all to be dealt with. This could potentially be the reason why Tom, as outlined by Mark and Travis, was insistent on getting contracts and record deals in place.

It is likely Tom will be paid compensation for the use of his talent to build the reputation of Blink182 contributing to future sales. He may also continue to be paid royalties from the use of Blink 182 songs. As the writer, Tom owns copyrights in the material he has written and thus when a Blink 182 song is downloaded, streamed, used in a movie, or exploited in any other way he must be compensated for that.

It will be interesting to see how the saga plays out legally and whether more bitter words and actions will be shared between a band once famed for friendship and enshrining glorious immaturity. Well I guess this is growing up.

Why It Pays To Be Fat In The Eyes Of The Law
Transfer Deadline Day – How do Release Clauses Wor...