Tess Munster, who goes by the name Tess Holliday in the modeling sphere, has become the first model of her size to land a major modeling contract.

The 29-year-old, who is from Mississippi in America, is UK size 24 and stands at only 5ft 5in tall, making her larger and shorter than any model signed by Curves, a branch of MiLK modeling agency in the past.

But what has this got to do with the law? Well, this signing for Tess could mark the beginning of a new era in modeling, thanks to the law. This article looks at just a couple of legal developments that have resulted in what could be seen as a move away from an unhealthy focus on 'skinny' in the modeling industry.

However, whilst the public and the media put pressure on modeling agencies and regulators to ensure models are healthy and not underweight are they missing that being overweight can also be a dangerous body image to promote? Also, what does the law say about obesity and employment? Can you be kept out of employment for being too fat?

The Banning of Underweight Models

In 2013, Israel became the first country in the world to ban underweight models from the catwalk and from advertising.

The law requires models to provide medical evidence of their weight when going to a job and also requires advertisements to state if an image has been altered to make a model appear thinner.

Models in Israel are required to have a body mass index (BMI) - a calculation based on a ratio of weight to height - of no less than 18.5.

The law was backed buy evidence that images of extreme thinness was promoting eating disorders in young girls. At the time of the passing of the law, around 2 percent of girls aged between 14 and 18 had severe eating disorders in Israel. This is a similar rate to that of other developed countries.

Critics say the legislation should have focused on health not weight, as some models are naturally very thin.

Critics of the law have said that the law should have focused on health and not specifically weight as some models are naturally very thin and find it difficult to gain weight.

However, if the focus is on health, surely at the other end of the spectrum those deemed to be unhealthy due to being overweight should also be banned from catwalks and advertising.

Tess Holliday has gathered a huge following on social media after beginning the #EffYourBeautyStandards campaign. The idea behind the campaign was to encourage women to feel positive about their body image regardless of size.

Designer Karl Lagerfeld was sued in France in 2013 for repeatedly making derogatory comments about fat people. 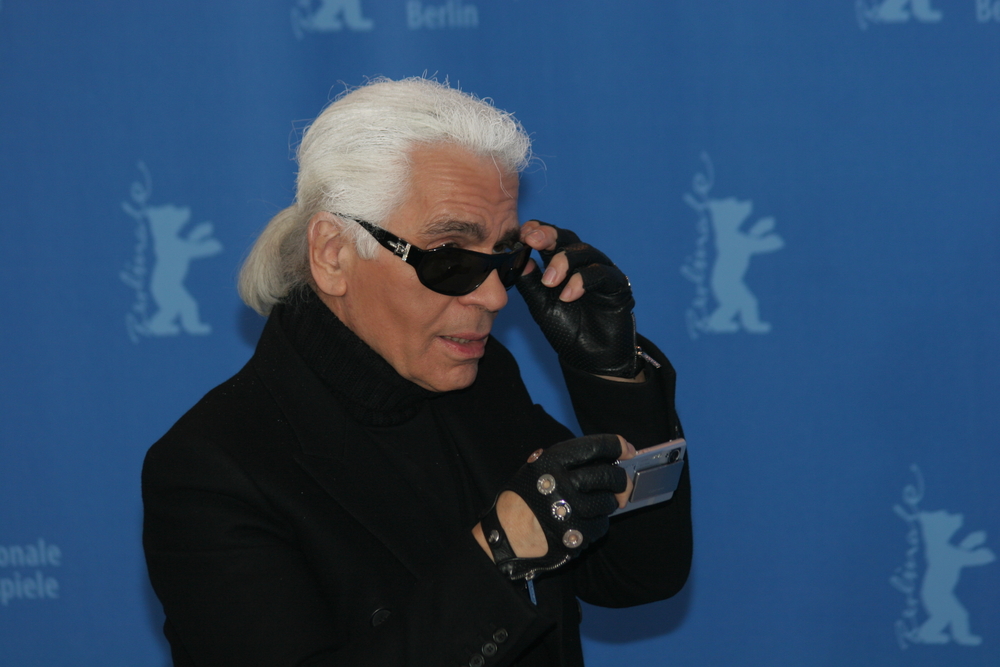 He was sued by a French advocacy group for larger women who are confident about their size and seek to promote positive body image. The group claims that Karl was discriminatory against larger models and larger people in general after the comments made on French television.

However, anyone familiar with the life and times Karl will know that before finding a penchant for diet coke a few years ago, Karl could have been the target of his own criticism. Lagerfeld lost 92 pounds in under a year following his own diet and book "The Karl Lagerfeld Diet" based on the motivation to fit into high fashion clothes. In accidental support of the ban on underweight models, Karl states in his book:

"Fashion is the healthiest motivation for losing weight. There is nothing worse than looking longingly at clothes that you would like to wear but that are definitely too tight for you."

This is the Gospel according to Karl.

Fat is now a Recognised Disability in Europe

In December last year, the highest court in Europe determined that obesity could be a disability under the law relating to equality at work.

The law is binding on UK employers and requires them to provide larger seats, special parking spaces and any other reasonable adjustments obese workers may require. The Court said:

"While no general principle of EU law prohibits, in itself, discrimination on grounds of obesity, that condition falls within the concept of 'disability' where, under particular conditions, it hinders the full and effective participation of the person concerned in professional life on an equal basis with other workers."

The case was brought by a Danish child minder employed by his local council who claims he was let go on the grounds that he was obese.

This development in the law ensures that those who are obese can fully participate in professional life and given the rate of obesity in the United Kingdom obese people make up a large and important part of the work force. However, accommodating obesity in the work place could be costly to employers and thus is will be interesting to see how the legal development works in practice and whether this will have an impact on whether employers take on obese employees and also whether cases of discrimination will be brought by obese employees in the UK.

Father Jailed For Psychological Abuse of Daughters...
Blink-182 - The Divorce Of The Century. What Happe...