It's that time of year again. Sky Sports News wheel out Jim Whyte to whip up a frenzy and despatch unfortunate lowly reporters to grounds the length of the country in the faint hope of catching a glimpse of Kevin Doyle in a car park. 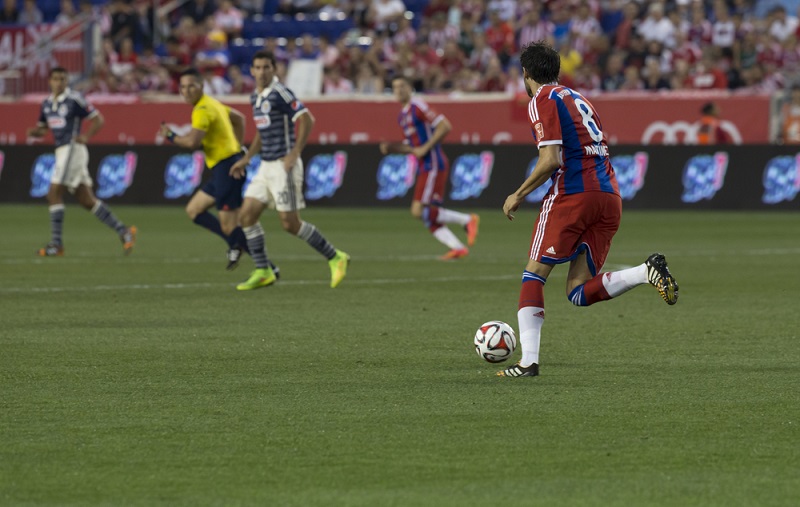 Obviously, glamourous foreign transfers catch the imagination more than journeymen swapping Leeds for Luton. In the recent past, Spain has been a happy hunting ground for Premier League clubs. The success of Spaniards like Juan Mata, David Silva, Fernando Torres, David de Gea, Diego Costa, Santi Cazorla and Michu amongst others has put English clubs on high alert for the next sensational Spanish signing. Glamour, success and – importantly – the release clause system make the Spanish market appealing to clubs, and to rumour-hungry journalists.

While they seem straightforward, there's a bit of misunderstanding about how these work in practice. First of all, a release clause differs slightly from a 'buy-out' clause. The former occasionally sneak into Premier League players contracts, the latter are the norm in la Liga contracts. In fact, there is a specific legal framework which governs the contracts of elite athletes. Interestingly (or perhaps not) this is a Royal Decree rather than a democratically-passed law. Part of this framework is the inclusion of a mandatory buy-out clause.

A release clause is a clause which is triggered by the occurrence, or indeed non-occurrence, of an event. A clause based on the occurrence of an event would allow for transfer, normally for a stipulated amount, if the bid were made by a certain club. Say for example your 18 year old starlet is a boyhood Everton fan. He might insist on a clause allowing him to speak to them if they are interested, and force his current club to accept a bid of a certain amount. This was the case with Demba Ba and Joe Allen during their transfers to Chelsea and Liverpool. While the exact nature of either of these clauses was never made public, it was speculated that Ba was entitled to have the club accept offers over £7m for him, and Allen's clause named 5 clubs (including Liverpool) with whom Swansea were bound to deal. Players' contracts may also include release clauses which force their parent clubs' hand if they fail to qualify for the Champions League or are relegated.

Spanish Buyout Clauses on the other hand, are quite different (listen closely, Football Manager fans!). These are a notional amount, included in the player's contract, stating what that player is worth to the selling club. We all know that post-Bosman, players are free to move at the end of their stipulated contract. (Why else would "SIGNS ON A 4-YEAR DEAL" be a relevant piece of information?) This is such an entrenched part of football now that it seems unbelievable we ever operated without it. Buyout and Release clauses aren't quite entrenched in the same way yet, so require a little explanation.

First of all, meeting the clause isn't (always) enough. You still have to persuade the player to play for you. This mainly involves meeting his personal terms. This is often straightforward in at the top level, where agents walk into contract negotiations and ask for £100,000 a week without a blush.

Now comes the tricky part, especially where clubs based outside of Spain are concerned. You see, these clauses are binding only with respect to other Spanish Clubs. If Atletico Madrid decide that Carlos Bacca of Sevilla is a good bet (he is), all they have to do is make this fact known to Sevilla, deposit the amount stipulated in his clause with the LFP (Liga Football Primera, the league's governing body) and, if Carlos is happy, off he pops to the Capital. If, on the other hand, Arsenal are interested in securing Carlos' services, then the matter is different.

In THAT Case, the clause does not apply between clubs as it does in the case of an all-Spanish transfer. Instead, it applies between the player and his current club. Two things can then happen: the selling club can deal anyway (often there is a gentleman's agreement between club and player to this effect) and accept the offer. For tax reasons, this means accepting a little less than they are otherwise entitled to. No problem there, then. If the selling club plays hardball, things get a little tricky.

If the selling club decides they don't want to sell, an impasse is reached. If they want the full value of the clause, they can insist that the buying club make an offer of the buyout clause + VAT. Obviously, this whacks somewhere in the region of 20% on the bottom line of the deal for the buyer. Still, they pays their money and they gets their man. However, this still requires the selling club to ACCEPT their offer.

If they really want to play hardball, they can simply refuse to deal with the buying club in any way. In this case, it's the player's prerogative to get out of his contract using the clause. It's his contract, after all. The buying club are merely a 3rd party. How does he get out of it? By buying it out. How does he do that? Well, he deposits the value of the release clause with the league himself. Obviously, if this is tens of millions of euros, he's going to find that difficult. Even the handsomely-remunerated Leo Messi would struggle to meet his buyout clause.

So what happens? Well, in practice, the buying club gives it to him. This was the case in the transfers of Javi Martinez to Bayern and Ander Herrera to Manchester United. Athletic Bilbao are stubborn as Donkeys. They refuse to play non-Basques and, as such, refuse to sell their best players, so hard are they to replace. Bilbao thumbed their nose at the offers from both of the titans attempting to buy their players. They even went so far as to tweet their refusal of United's offer!

Both Herrera and Martinez had to deposit the value of their clause with the LFP, essentially turning themselves into free agents in the process – they had 'bought themselves out' of their contracts. Again, however, there are tax implications. When the money required to buy out the contract hits the player's account (or, more probably, that of the company he uses to manage his assets) it's liable to tax. Income tax is an eye-watering 52% for high earners in Spain. This means A) the Spanish Minister of Economy and Finance's eyes spin Looney Tunes-style and become € symbols and B) the buying club has to deposit more than twice the amount of the clause in the players account to pay the tax as well as the clause fee. Franz Beckenbauer once famously declared that Bayern would not get involved in the 'lunatic arms race' of the transfer market. With the Martinez transfer, it seems that they Bayern hierarchy are now prepared to pay what it takes to remain competitive at the top level.

These clauses have never really been tested under European Law, and are simply a matter of practice between clubs and football authorities. At the time of writing, this is an adequate, if simplified, explanation of how the British fan's second favourite bit of contract law operates.

We have guides relating to many different aspects of sports law – especially football.

To find out more, read our sports law guides.

Blink-182 - The Divorce Of The Century. What Happe...
The Legal Facts You Didn’t Know About the Super Bo...