In Scotland, serious crimes such as murder and attempted murder, rape, sexual offences, terrorism, perjury, serious fraud, serious assault, death by dangerous driving are dealt with initially at the Sheriff Court and then usually the High Court of Justiciary. You may often read a report which says “The accused appeared in private, made no plea or declaration and was remanded in custody“ with no further explanation.

Serious crime cases are heard in the busiest Sheriff Courts in Scotland (Glasgow, Aberdeen, Edinburgh, Paisley, Dundee, Perth, Kilmarnock, Inverness, Kirkcaldy and more throughout the country) and in the High Court of Justiciary (Edinburgh or Glasgow - note that only the High Court in Edinburgh sits as a court of appeal).

Our comprehensive and clear legal guide below will explain the procedures involved in the prosecution of serious crime in Scotland, from charge through to sentencing. 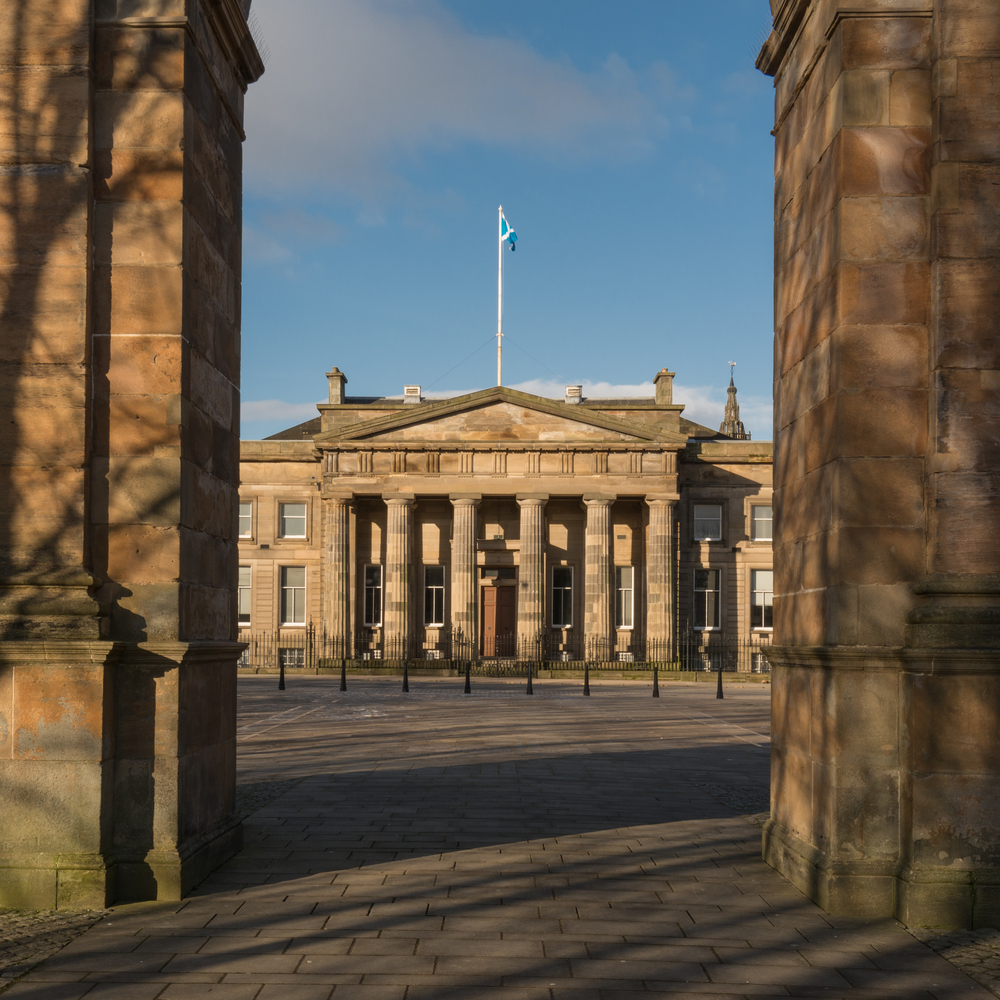 What questions will this guide to serious crime cases in Scotland answer?

1. What happens when a person is charged with a serious criminal OFFENCE in Scotland?

When a person is charged with a serious crime usually they are kept in police custody. In such situations it is the norm that the accused will be kept in custody at the police station where they were interviewed and charged and then taken to court the next day. The only general exception to this procedure comes in complicated enquiries such as large scale financial fraud or corporate crimes where further time might be required before bringing the case in to court.

2. What happens when they go to court for the first appearance?

Upon being transported to court the accused is kept in the custody cells at the Sheriff Court. The custody court in most Sheriff Courts in Scotland starts in the afternoon, usually at 2pm. The accused is usually brought to the court around 8 am. In the morning the Procurator Fiscal (prosecutor) will receive a report from the Police about the charge and circumstances of the crime along with details of the police investigation and the evidence against the accused. The Procurator Fiscal will liaise with Crown Office in Edinburgh which is the headquarters of the Procurator Fiscal service in Scotland. Paperwork will then be drawn up which will contain the accused`s name and address and then details of the charge or charges the accused is to face. This is called a “petition “and it will be “served upon the accused “which basically means it will be handed to him (or her) by a police officer. The accused will then be able to consult with his solicitor – he will either have instructed his own solicitor (which is usually done at the police station before any interview or charge) or he can do so at court. If the accused does not have a lawyer the “duty solicitor “ will be available to represent him ( most local solicitors who are criminal defence lawyers take turns at being the duty solicitor to assist in such circumstances ) . Legal aid is automatically available for such advice and the subsequent court hearing.

3. What happens at the first court appearance?

Serious crimes are prosecuted on what is called “solemn procedure “which is basically the more serious type of prosecution procedure. Solemn procedure starts with service of the petition as mentioned above. The first appearance on solemn procedure is held in private, meaning that there are no members of the public allowed in to the court. This includes family members. The accused will be brought in to the courtroom where the only people present will be the Sheriff, the Sheriff Clerk, the Procurator Fiscal, the lawyer for the accused, police and court security staff. The petition is read to the accused and the accused normally at this stage through his solicitor advises the court that he makes “no plea or declaration “. The accused at this stage in proceedings is not being asked to plead guilty or not guilty – making “no plea or declaration “basically is a formal step that is part of the case starting against the accused.

4. What happens between the first court appearance and the trial diet? What are the timescales involved?

Between first appearing in court and the case next calling in court preparation of the case will take place. The Crown will bring together all of the evidence it has in order to prepare for seeking a conviction at a trial. The Crown has to disclose all of the evidence it has to the solicitor acting for the accused. The solicitor will receive this evidence and discuss this with the accused. Preparation of the defence case will also take place and this is likely to include obtaining statements from defence witnesses and preparing expert witness reports such as medical reports or for example road traffic crash investigators, forensic accountants or handwriting experts depending on the nature of the case.

It is usually the case that both the Crown and defence continue to prepare their respective cases throughout all of the time that is available before the matter calls for trial.

Two dates will be given on the Indictment – a date for the Trial and a date for a hearing before that called a Preliminary Hearing.

5. What happens at a Preliminary Hearing?

A Preliminary Hearing can be considered to be a pre-trial hearing. When the case calls in court the accused will be present and will require to enter a plea to each charge – either guilty or not guilty.

If the accused is pleading Not Guilty to the charge or charges the Court will then be advised about the state of preparation of the case. The Crown will tell the court about matters such as the number of witnesses likely to be called to give evidence and the likely length of the trial. The Court will also be told of any evidence that has been agreed between the Crown and Defence – usually this covers routine matters and often means that a number of witnesses can be excused from having to attend court to give evidence about matters that are not in dispute.
The Defence will also advise the court of the preparation of their case and whether or not any special defences are to be relied upon eg Self Defence, Alibi or Incrimination (the court is advised of this before the Not Guilty plea is recorded). If the Defence has defence witnesses that they wish to give evidence at the trial, the court must be advised of this.

The Judge or Sheriff will make any further investigations they consider are required and if satisfied that all arrangements are in place will continue the case to the Trial diet.

If the accused is pleading Guilty to the charge or charges, and if the Crown is happy to accept such pleas, then no trial would take place and the Court would proceed to sentence the accused for the crimes committed. Quite often a short continuation of a few weeks is required to prepare background reports and the case is continued to a Deferred Sentence.   When sentencing the court will take into account that the accused pled guilty to the charge or charges and did so at an early stage which avoided the need for a possibly lengthy trial – and a discount in sentence is given to the accused for having done so.

6. What happens at the Trial Diet? What will your defence advocate or solicitor have to do?

Once the accused pleads Not Guilty at the start of the trial hearing a Jury will be selected from members of the public who have been cited for Jury duty. 15 members of the public will be selected. The case then begins with the Prosecution calling its witnesses – there are no opening speeches outlining details of the case as there are in England and Wales. The Crown will ask questions of their witnesses and the defence are then given the opportunity to cross – examine the witness with the Crown then having the final opportunity to clarify any matters, known as re-examination. This process continues until the Crown has led all of the witnesses that it wishes to do, at which point it will close its case – meaning that no further evidence is to be led and that the Crown considers that there is a case to answer. The Defence can at this stage in some cases make what is known as a “no case to answer “submission where the Judge will be asked to rule that the prosecution against the accused should not go any further as insufficient evidence has been brought by the Crown. If this succeeds the case against the accused in relation to that charge will be ended and the accused will be found Not Guilty of the charge. If the submission fails the case against the accused will continue. The Defence will then decide whether to lead evidence – in Scots law there is no requirement for the accused to give evidence as it is for the Crown to prove the case against the accused, known as the presumption of innocence.

If Defence evidence is to be led the same process would be followed where the witness would give evidence through being asked questions by the defence Advocate or solicitor with the Crown being given the opportunity to cross examine and the Defence then re-examining if required. This continues until all evidence has been heard.

At the conclusion of all evidence closing speeches will be made – the Crown speak to the Jury seeking a conviction and the Defence speak last asking the Jury to acquit the accused, this means finding the accused either Not Guilty or Not Proven of the charge or charges they face. The Judge or Sheriff speaks last and advises the Jury of the law and the way they should proceed to come to a decision about the case. In order to find a person Guilty the Jury must either unanimously or by a majority find the charge against the accused proved “ beyond a reasonable doubt “.

7. What happens with Acquittal or Sentencing (if found Guilty) in the Sheriff Court or High Court?

If the accused is acquitted of a charge or all charges the matter is at an end and they will be free to leave the court. If the accused is found guilty of any charge the Judge will then sentence the accused for the crime or crimes committed. In the Sheriff Court sentencing is limited to 5 years although the Sheriff can send the case to the High Court for sentencing if he or she thinks that 5 years is insufficient. In the High Court sentencing powers are unlimited for common law offences such as murder. In other cases where Parliament has created the legislation, such as The Road Traffic Act, the court has maximum sentences it can impose for specific charges.

Like this Scottish High Court Serious Crime Guide? Share with anyone you know who may need this advice.