SPOILER ALERT. If you haven't seen the video simple titled "For Laura" maybe save it for making any future break-ups seem a little better. 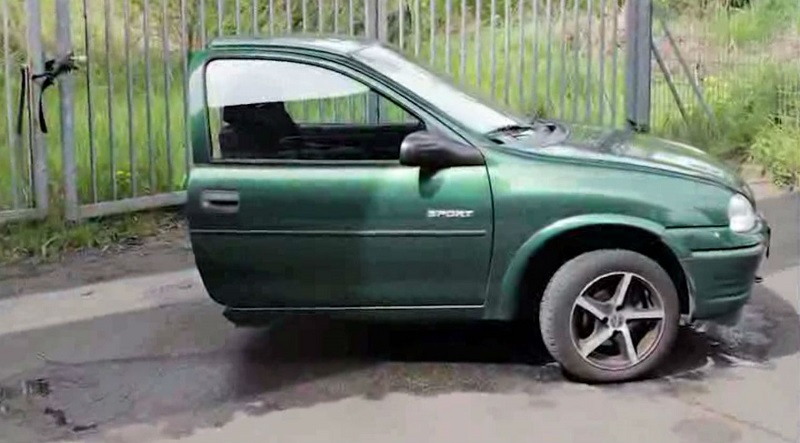 The video details an extreme act of revenge carried out by a former partner "Martin" who films himself sawing in half all of the couples assets, and then selling his halves on eBay including half of an iPhone. In the video, Martin uses power tools to cut his mobile phone, television, furniture and even a car.

Mass media and the internet swallowed the story unquestioningly, from Mashable and Fox News in the US to RT in Russia and Press TV in Iran as well as mainstream UK media and social media at large - everyone wanted to see the story of perfect revenge from Germany. The video racked up more than 5 million views on YouTube with the opening title "Thank you for 12 'beautiful' years Laura !!!!! You've really earned half, greetings to my successor."

However, this appears to be only half of the story - the video was in fact a marketing ploy by Deutsche Anwaltauskunft, an information portal for the German Bar Association. The group of lawyers later confessed on their website that the story and the characters were fake. they said:

"The idea behind it was to humorously point to a problem that is not only relevant in Germany: Too few married couples take precautions for the case of a possible separation - for example with a marriage contract. The event of divorce then often ends in bitter fights under which not only cars and furniture suffer but especially the affected couples and their children."

They also issued an apology to anyone who felt teased by the video highlighting divorce saying:: "Hopefully, at least, you felt well entertained."

The items that have been placed on eBay however, do in fact exist and will be auctioned off. The proceeds will be donated to charity.

Today at Unlock the Law, were raising awareness about division of assets in divorce too. Unlike Martin, were not going to be doing any vengeful stunts, were just going to tell you a little bit about how things are. You've really earned it Laura.

How are assets divided in divorce?

When dividing your assets in divorce, the judge will base their decision on a number of factors:

Generally it is the judges role to decide on the fairest division of assets if there are not enough assets to meet the needs of all parties involved.

The primary concern of the judge is to make provision for any children especially as regards housing arrangements and child maintenance.

Usually, in the style of Martin however, the judge will do their best to arrange a clean break so that all assets are shared out and you and your partner will no longer have any financial ties to one another.

To find out more about Martin, watch his video "For Laura" here.

Divorce and Dissolution in England & Wales

Divorce and Dissolution in Scotland