Could Lawyers become extinct? Back to the Future Predictions The future is now. October 21st, 2015, the date Dr Emmet Brown and Marty McFly travel to in the future has arrived, and whilst there are some similarities, there are also some glaring differences. One of the lesser discussed but nevertheless interesting predictions surrounds the day after official Back to the Future Day, and what happens to the justice system in 2015 in the Back to the Future || movie - lawyers have become extinct. 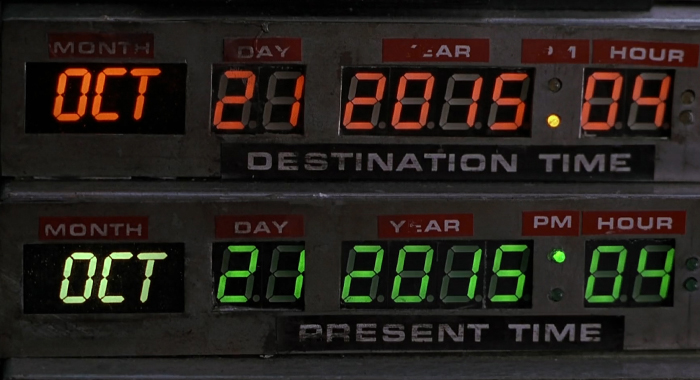 This element of the plot stems from the reason they travel to this date in the first place. On October 22nd, 2015, Marty McFly Jr. is tried in a "data-court" for the robbery of the Hill Valley Payroll Station - a crime actually constructed by Griff Tannen. Marty is found guilty and sentenced to 15 years in the California State Penitentiary. His sister, Marlene attempts to break him out and is subsequently sentenced to 20 years in prison.

Whilst there is no further elaboration in the film of what a data court actually is, we gather that at some point prior to 2015, lawyers are abolished as a means of speeding up the court system and resolution of cases. It can be imagined that a data-court uses computers, to establish evidence and then will determine the verdict and sentencing. It seems to be almost a similar, if a little less violent system than that which is shown in another popular 80's sci-fi film Judge Dredd, where street "Judges" arrest and distribute punishments at the same time. If this is the imagining of the future, what is the reality? Are we moving towards a more efficient legal system?

Whilst lawyers aren't quite extinct yet, in order to resolve cases more quickly, the legal sector is increasingly looking at ways in which court can be avoided, the process made swifter and technology utilised to bring the legal system into the future. For example, to avoid going to an employment tribunal employers and employees can enter into a settlement agreement, land is now registered on the electronic land register and the use of mediation and alternative dispute resolution is growing.Furthermore, the recent online dispute resolution service offered by eBay to settle conflicts between buyers and sellers is one step closer to the fast-track legal system of the future indeed.

What do you need a lawyer for?

But what do you actually need a lawyer for? There are certain formalities in certain circumstances which must be carried out by a lawyer, for example, signing of certain documents and giving legal advice in certain circumstances. These legal formalities form part of the law to ensure the protection of citizens from those who would seek to take advantage of them. For example, a solicitor is required for buying property as they have the skills to ensure you receive proper title and that what you are buying is what you intended. Also, fairness in the justice system is enshrined in the Human Rights Act, this allows you to have a lawyer to protect you and guide you through a system that you would be less able to do yourself. Whilst the system of the future may be more efficient, less costly and armed with a vast amount of data evidence it was not without flaws.

Maybe, if Martin McFly Jr. had been afforded a lawyer, Marty and Doc would never have needed to travel back to the future.