Criminal Justice: Afroman Assaults Fan – Can He Claim It Was Because He Got High? Grammy nominated rapper, Afroman was arrested on Tuesday night for punching a female fan whilst on stage in Misssissippi. 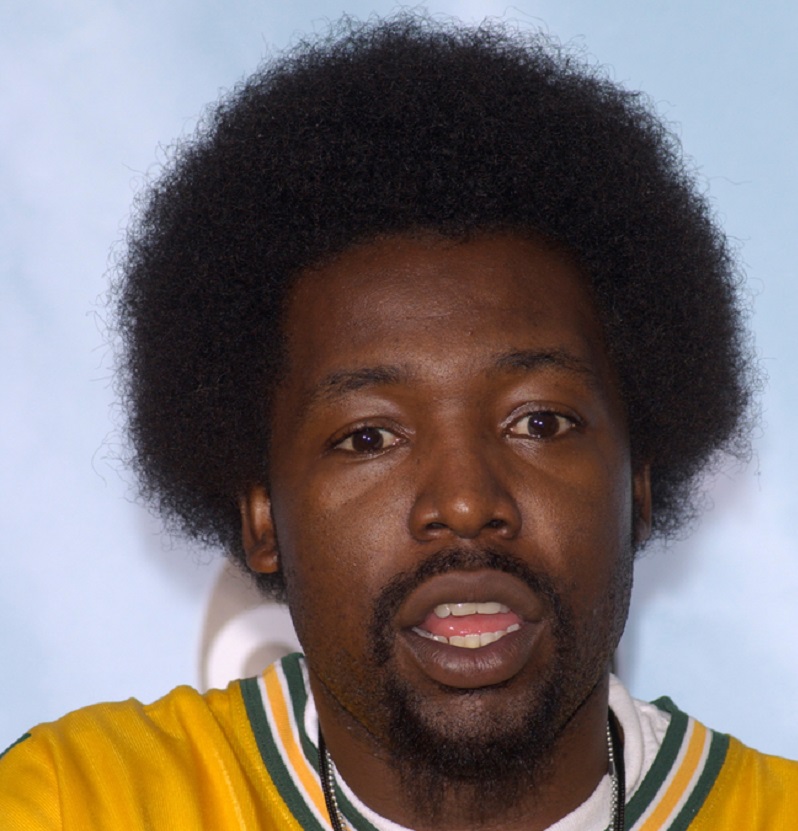 The woman joined him onstage and started to dance behind him when the "Because I got High' singer turned round and punched her in the face - knocking her to the ground.

But, the King of Excuses Afroman offered an apology and some reasoning behind his actions, he said:

"I'm here to apologise. I need some help. I'm going to find a foundation. I didn't have time to medicate. It was an early show."

This time, his bad behaviour appears to have occurred because he didn't get high.

Afroman expanded on the excuse telling of his frustration even before the show began:

He also outlined how a guy had been heckling him from the side of the stage and that he believed that it was the guy that had gotten on stage behind him just before assaulting the female fan.

The singer further blamed the attack on security for not "escorting people off stage".

He wouldn't need all these excuses if the fan hadn't been there in the first place.

His final defence hints at another medical issue that he suffers from:

Afroman has since made a commitment to going to rehab and was released from jail after paying a $330 bond.

It now appears he has enough excuse material to write a new hit song.

However, at Unlock the Law we are more interested as to how these apparent defences would be considered by the courts. Can you defend yourself by saying it was because I didn't get high'? Is failure to take medication a defence for your actions? What if you have an anxiety disorder? What about mistaking the fan for someone else? Could security be to blame? We take a look at Afroman's excuses and subject them to the scrutiny of the law.

I hit a fan...because I didn't get high

Afroman claims that one of the reasons the incident occurred was because he failed to 'medicate'. We do not know exactly what the nature of the medication is, but he claims to suffer from an anxiety disorder.

Given the recent amount of media attention surrounding the connection between smoking marijuana and anxiety disorders and the message of the rapper's biggest hit, we are inclined to believe him. But, is this a defence or mitigating factor?

A mentally disordered offender is one who has a disability or disorder of the mind and has committed or is suspected of committing a criminal offence.

The term covers a wide range of offences and also a range of disabilities and disorders.

However, unlike commonly portrayed in film and TV, a mental disorder does not result in automatic acquittal or being carted off to an asylum.

In a criminal prosecution, a mental disorder may affect:

Each case is considered on its individual facts and merits. All information will be taken into account that is relevant to the mental health problem and it will be considered in light of the circumstances surrounding the offence.

However, the court must find a balance between public interest and protecting the person suffering from the mental illness.

Whilst Afroman's mood is clearly affected by his anxiety problems and also by lack of medication, it is unlikely that it would have a significant impact on any court case. The court will normally only divert if there is evidence of significant mental health problems or that a prosecution would result in a significant worsening of the defendant's condition. While he may plead that this is a mitigating factor, it is likely it would still be considered in the public interest to prosecute.

I hit a fan...because I thought she was a guy

Mistaking the identity of the victim of an assault is not a defence under the law. The act itself is enough to show intent to injure or harm the other person regardless of whether that was the intended recipient of the attack.

Afroman makes the fair point that the incident never would have occurred had security ensured that no fans made it on to the stage, or removed them if they did. Whilst this is very true, it is not a legal defence to an assault. It is pretty much akin to saying if the fan hadn't been such a fan she wouldn't have come to the concert and the incident wouldn't have happened.

It appears Afroman has run out of excuses for this one, but hopefully his time in rehab will give him time to get all that stuff done that he wanted to do but couldn't. Unless he gets high.
Also, lets hope that after Jon Snow's recent experiment that he doesn't follow in Afroman's footsteps ...or Channel 4 will go to pot.

For more information on the read our free legal guides on the criminal justice system in the UK.