Beware the Drive-by Man-Bun Barber – But if he cuts off your hair, he could go to Prison. Men all across Cape Town, South Africa are trying to put their lives back together after losing their man-buns in a number of surprise attacks from haters of the hairstyle. 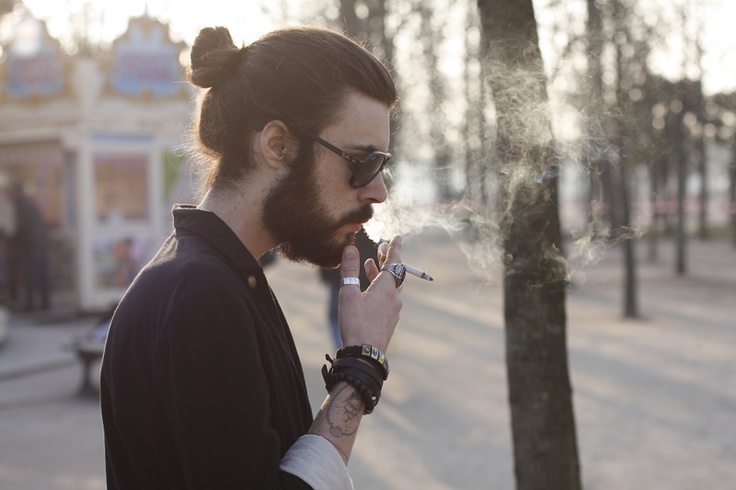 Comedy duo Nic and Gareth, from South Africa have embarked on a mission to rid the world of the top knot/man bun/ ‘mun’. They thought it would be humorous to drive around and catch unsuspecting victims filming their horror as their single most defining feature is shorn from their heads.

When the duo spot a man with a man bun, one of them runs over with sharp scissors and cuts it off whilst the cameraman and get-away driver stand by. On approach they shout ‘stop the knot!’.

This kind of vicious campaigning can have a devastating effect on victims, some of who cannot enter their local Urban Outfitters for up to two weeks after the incident.

However, we don’t discriminate here at Unlock the Law and we want all of our readers to know their rights when it comes to their freedom to tie the top-knot.

Today we look at why if you are attacked by an offshoot of this vigilante group in the UK, fear not. They could end up in prison – even if your only injury is to your hair.

Why is cutting someone’s hair a crime?

If you cut another’s hair against their will, if it causes them no physical harm, is it an assault?  The answer is yes, and here is why.

In 2006, a case concerning exactly this issue went through the courts. The demon barber in this case was an ex-boyfriend. The barber’s former girlfriend went round to his house when he was asleep; she woke him to which he responded by pinning her down on the bed and cutting off all of her hair which was held in a pony tail.

Interestingly, the boyfriend did not cause any physical harm to her apart from cutting her hair. No bruises, scratches or cuts whatsoever. There was also no evidence of psychiatric injury other than the distress of the experience. So, why did the court charge the man with assault?

The Ex-boyfriend Barber was charged with assault occasioning actual bodily harm under s.47 of the Offences Against the Person Act 1861 - on appeal. It was eventually determined that the cutting of hair did amount to actual bodily harm.

The judge determined that evidence of ‘external bodily injury’ such as bruises or cuts are not required for the defendants conduct to amount to an assault. Also, previous case law had indicated that actual bodily harm was not limited to "harm to the skin, flesh and bones of the victim" – it could be any part of the body including the nervous system and the brain. It was also highlighted that physical pain is not an integral part of the offence.

The judges made clear that the hair is very much a part of the human body and should be treated as such in the eyes of the law.  In a rousing statement, even more relevant in the era of the proud man bun, the judge said:

“[The Hair] is intrinsic to each individual and to the identity of each individual. I note that an individual's hair is relevant to his or her autonomy. Some regard it as their crowning glory. Admirers may so regard it in the object of their affections.”

These victims have been robbed of their ‘crowning glory’ and for some, their most desirable feature. Others live in constant fear of attack. We can only hope for their sake, the ‘top-chop’ comes into fashion in the very near future.

Until then, read our guides to learn more about the criminal justice system or tweet us to kill some of that time you will be spending at home.

Criminal Justice: Afroman Assaults Fan – Can He Cl...
Help! I Have Been Yarn-Bombed. How Can I Retaliate...