Operating a business in any given country can be an exciting time for the business owner.  However, often of the most challenging aspects of operating a business is dealing with the relevant tax rules that apply to that organisation.  Taxation is in principal, quite a simply idea.  The problem arises for organisations when they attempt to grapple with the number of different types of taxation which affect them, and  try to work out how much to pay in taxes. 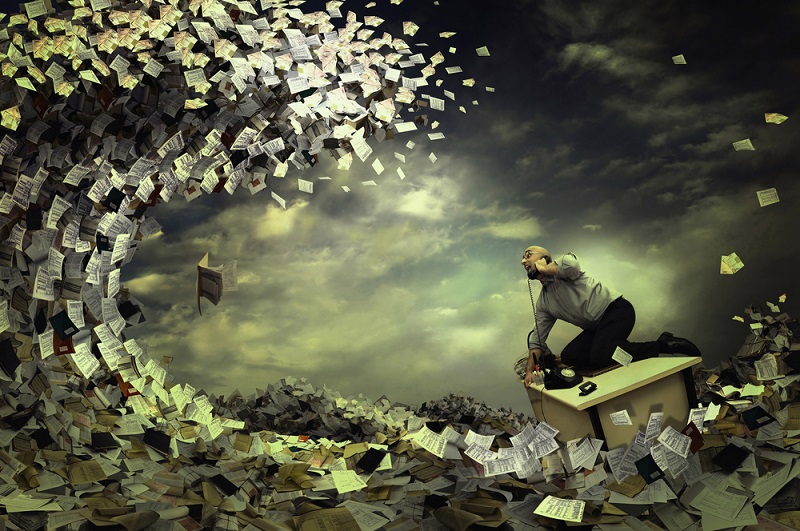 Taxation in the UK is the responsibility of the UK Government, although some powers over taxation have been granted to the devolved administrations in Scotland, Wales and Northern Ireland.  Because of the different kinds of structure that businesses can operate under, the rules on taxation do tend to be quite complicated, so to account for each of these different types of organisations.  The point of this article is to introduce one of the most commonly dealt with types of taxation affecting organisations operating in the UK; Corporation tax.

What is Corporation Tax and who has to pay it?

How is Corporation Tax structured?

How do you pay Corporation tax?

What is Corporation Tax and who has to pay it?

Industry specialists often discuss Corporation Tax as a tax on corporations.  Corporation tax is best understood as a government charge on a company’s profits. Despite the variety of business structures an organisation can operate under, only organisations that are Registered Companies that are deemed as being resident in the UK, are affected by Corporation tax, and it is the Company who has to pays this tax on the profits it makes worldwide.

A Company as a ‘Resident’

It is important to remember that a company can be deemed a resident of the UK, and meet the same residency requirements of another country, at the same time. If this is the case, there will often be a protocol called a double taxation treaty between the UK and the other country which will have a residency clause within it.  Most clauses state that if a company meets the residency requirements under the law of both countries, the company will be viewed as a resident, of the country where the company is controlled from, or ‘effectively managed’. An example of this would be Apple, arguably one of the world’s most successful companies.  While many believe that Apple is an American company, its head office and key decision makers are located in Dublin.  This in turn means that Apple’s profits will be subject to Irish taxation, not American.

If there is no double taxation treaty between the countries in question, the company will be required to pay taxation on their profits by both countries.

The decision on where to incorporate a company, where it will be deemed ‘Resident’, is a significant one in the process of founding a company.  Most businesspeople and entrepreneurs view this as principally a question of strategy, as being incorporated in one country or another means that it is subject to that countries taxation rules, and different countries subject countries incorporated within their territory to different levels of taxation.

A company may not be resident, but will be deemed to have a permanent establishment in a country if, either;

Over the passage of time, a number of different commercial arrangements have been deemed to constitute a ‘fixed place of business’.  This includes a branch: a workshop: a building site: an office: a factory and even a place where natural resources e.g. coal are extracted from.  It is important to remember that there are certain circumstances where a company will not be deemed as having permanent establishment within a country: (i) where an agent carries on activities there on behalf of and for the company; (ii) where a company carries on a business there via an independent agent acting in the normal course of his business; or (iii) where a fixed place of business is maintained within a country for the purpose of carrying on different activities for the company
These kinds of arrangements by a company will only be deemed to not constitute a permanent establishment if, in relation to the operations of the company as a whole the activities carried on are only of a prepatory or supporting nature.  This can include different activities, including;

How is Corporation Tax structured?

Corporation Tax is paid by companies to the UK Government on the ‘profits’ that the company enjoys.  ‘Profits’ for the purposes of paying Corporation Tax means a combination of both the income that a company receives from its business – selling goods and/ or services – and what the legislation calls ‘Chargeable Gains’.

What is a ‘Chargeable Gain’?

Whenever a Company disposes of one of its assets, by selling it or through some other means, and receives more money for the asset than it originally paid then the Company makes what is called a ‘Chargeable Gain’.  This is often more generally referred to as ‘Capital Gains Tax’, but within the context of discussing company activity, it is called a ‘Chargeable Gain’.   Common types of asset that are disposed by Companies which can give rise to a Chargeable Gain tend to be Business Premises, shares in the company and land.  The vast majority of others kinds of assets will generally be worth less than the company originally paid for them, owing to the passage of time and the wear and tear that will occur as a result.

How to calculate Chargeable Gains?

Calculating chargeable gains can appear quite complex, as with any aspect of taxation.  However, there are a number of key steps which are useful in making the process easier to digest;

The first step is to identify exactly how much the Company received in exchange for the asset that it sold.  Sometimes the Company will not be able to use this figure, because the asset was never ‘sold’.   In those circumstances, the Company will need to use as its figure the asset’s ‘market value’.  This is the price the company could have expected to receive if the asset had been sold on the open market.  This will often be the kind of figure that Companies will have to use where (i) an asset is deliberately sold for less than it is worth e.g. to make a quick sale or (ii) where an asset is given away.

Subtracting the cost of the asset

Having identified the figure that the Company received for the asset, the next step is to subtract from this figure the cost of the asset – how much the Company paid when it first purchased the asset.  However, there will be instances when a different figure will need to be used, for example:

This figure should be deducted from that which was realised at point b.  It is possible that the figure may be a negative, in which case the company has made a Capital Loss on the asset in question.  If this happens, the loss may be deducted on gains made from the disposal of other assets, but there are restrictions on this.

The final step is to apply the ‘Indexation Allowance’.  This allowance essentially provides for the impact of inflation, and allows individuals to work out the value of an asset at today’s prices.  The allowance is applied to the cost of the asset, and allowable expenditure, and then to the chargeable gain itself.  The precise calculation is set out on HMRC’s website, which sets out the inflation factors for each month – one of which the company will have sold the asset in.  The company must the  identify the relevant month that it purchased the asset or made any deductible expenditure to the asset.  This figure should then be multiplied by the Indexation factor, and deducted from the figure arrived at following the deduction of subsequent expenditure, at point c. on the asset.

If having made this calculation, the Indexation Allowance is greater than the chargeable gain, then there is no gain.  The figure arrived at is the Chargeable Gain – if it is a gain – for that particular asset.  An example of applying this formula to calculate a Chargeable Gain is below:

How to pay Corporation Tax?

What are the rates of the tax?

The rates of Corporation Tax are set by the UK Government on an annual basis.  These are decided by the Chancellor of the Exchequer in the annual budget, and are followed by accompanying legislation, setting out in law what the Chancellor has announced to be the rates for the coming financial year.  These rates for Corporation Tax are fixed for each financial year, which will begin on the 1 April and end on the 31 March each year.  How much a Company will pay in Corporation Tax will depend on how much profit – income from goods and services and Chargeable Gains – that company makes.  The rates in operation from 1 April 2013 – 31 March 2014 are as follows:

What is the ‘small profits’ rate?

What is the ‘main’ rate?

The ‘main rate’ for 2013/2014, for those companies with profits above £300,000 is set at 23%.  However, there is an important exception for those companies with profits between £300,000 and £1.5 million.  These companies will be able to claim ‘Marginal Relief’ on those profits between £300,000 and £1.5 million.  The aim of this relief is to allow those organisations to make the transition from the ‘small profits’ rate to the ‘main rate’ of taxation without risking serious financial upset and risking its survival.  This means that the tax that will be paid rises gradually from the ‘small profits’ rate to the ‘main rate’.  For those organisations with profits of more than £1.5 million, they will be required to pay 23% Corporation Tax on their profits.  A company with profits of £2 million will pay £460,000 in Corporation Tax.