A business may cease trading for a number of different reasons, the most common being insolvency. Insolvency is a term often used in the media to describe a business in financial difficulty, but the rules for insolvency and what it involves are not usually elaborated on. 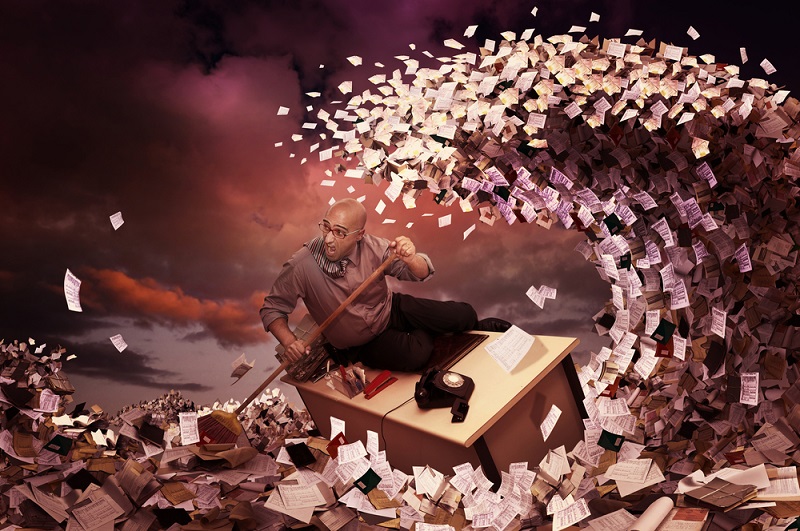 This guide introduces the topic of insolvency and two of the main processes available to businesses facing financial difficulties: administration and the company voluntary arrangement.

What Does ‘Insolvency’ Mean?

If a company faces financial difficulties, the two main types of procedure that can be used to save it are administration or a company voluntary arrangement. Which procedure is most suitable depends on the company’s circumstances.

Administration is a procedure designed to save a company from being ‘killed off’ or ‘liquidated’.  The purpose of administration is to save a business as a ‘going concern’ (a ‘going concern’ is a business that operates without the threat of liquidation for a future period, usually at least one year). This procedure is designed to save a viable company that happens to be experiencing some financial difficulties.

How to Start Administration

What Does an Administrator Do?

An administrator looks into the company’s affairs with the following objectives:

What Happens to a Business in Administration?

The inability of creditors to take any of the above action is called a ‘moratorium’.  This ‘freezing’ of a company’s assets is designed to help the administrator rescue the company as a going concern.

What Is the Process?

Stage 1 – Announcement of Appointment of Administrator

The first stage of the administration process is that an administrator, once appointed, must give notice of this to the company and its creditors. The appointment must also be published in a newspaper where the company has the majority of its business.  The administrator also has to send notice to the Registrar of Companies within seven days of his or her appointment.

When an administrator is appointed, he or she is expected to manage the affairs of the company, with the objective of rescuing it as a going concern.  To help achieve this, administrators have the power to do anything necessary to effectively manage the assets and liabilities of the business. The powers granted to administrators often lead to other organisations viewing them negatively.  These powers are described in detail in the Insolvency Act, but some of the most controversial are:

These powers often mean that another business connected to the company that is in administration risks losing assets, despite having some security interest in property.  This will not matter to an administrator, who must have the interests of business creditors in mind when managing the affairs of the company.

An administrator needs to prepare plans to help save a company as a going concern.  He or she then sends them to all interested parties.  This includes the creditors of the company (whose interests the administrator is looking to protect) as well as the Registrar of Companies and any shareholders of the company.  Generally, plans must be submitted to these parties within eight weeks of the beginning of administration. The sooner the parties are informed of the administrator’s ideas to save the company, the sooner these plans can be analysed and put into action.

The entire process of administration is built around the idea of trying to save a business.  All of the powers granted to administrators are used with the hope of achieving this goal. Governments do not wish to see what would otherwise be very successful companies exit the marketplace, if it can be avoided.  However, in some cases, a company is not able to be saved.  If this is the case, then the administrator must pursue other options.

As with administration, a company voluntary arrangement (CVA) is an option a business can use instead of liquidation.

A CVA is a course of action agreed between a business experiencing financial difficulty and its creditors, in an attempt to pay back some or all of the debt it owes.

How Do You Start a CVA?

The process of starting a CVA depends on the situation a business is in.  In particular, the financial position of the business will determine who is able to pursue a CVA. Here are some examples:

This scenario is where a business has not engaged in any formal insolvency procedure, but the management are concerned about financial difficulty in the very near future.  In this situation, the directors of the business can propose that the business enters into a CVA with its creditors.

This scenario is where a business is being dissolved or liquidated.  The liquidator can, having looked at the state of the business, propose that the business enters into a CVA with creditors.

This scenario is where a business is in administration. After looking at the affairs of the business, the administrator is entitled to propose that the business enters into a CVA.

Regardless of who suggests the CVA, a proposal outlining the financial position of the company with its assets and liabilities, and details of what could be achieved by a CVA, must be sent to creditors.  The proposal also has to identify an insolvency practitioner (IP) who will action the points mentioned in the proposal.

A CVA is not the same as an administration. One important difference between a CVA and administration is that entering into a CVA does not result in a moratorium (which prevents creditors from enforcing their security interest over business property). As a result, businesses often include in CVA proposals a request to creditors not to enforce their security interests, or pursue money owed within a period of time.  This is normally proposed where a business may not be able to pay money now, but should be able to do so in the future.

Assuming that the nominated IP is not the liquidator, administrator or director of the business, the IP must be given all of the paperwork (the proposal, company assets and liabilities, details of creditors etc.). He or she then reports to the court on whether it is necessary to call a meeting of creditors and company shareholders, to consider the terms of the proposal.

What Happens to a Business in a CVA?

If shareholders and creditors agree to a CVA at their respective meetings, and the court does not query any decisions from the meetings, the decision to enter into a CVA is binding on everyone who voted, or would have voted at the meeting.

CVAs are a popular method of resolving financial difficulties.  Much of the decision making is left in the hands of those who understand the business: its shareholders and creditors.  This allows flexibility and reflects the fact that people are more likely to agree to the terms of a CVA if they are involved in the negotiation of its terms, than if they are forced to agree with them.