Most countries have been involved with the heavy industries at some point during their development. The UK is no different, and historically was heavily involved in the production of steel and mining of coal. While these industries have largely died out, owing to innovation and more sophisticated technologies becoming available, their impact on the environment can still be seen today. 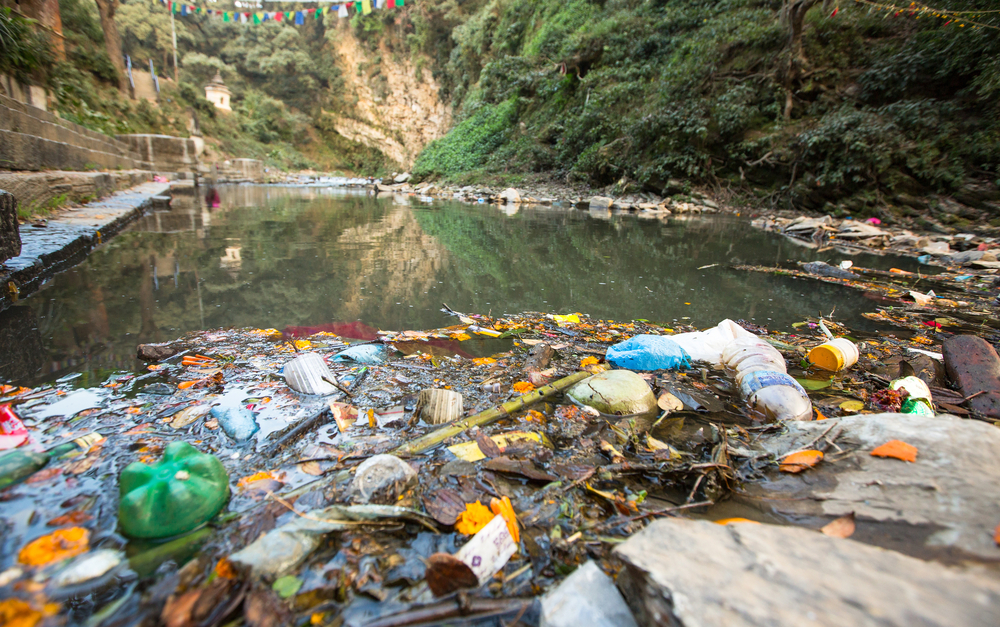 When people were busy working in factories and toiling in mines, there was never much attention paid to the impact these processes would have on the environment: not only the plants and animals in the area, but also the damage done to buildings as a result of coming into contact with harmful materials.

The law has developed in such a way as to ensure that Government departments take a proactive approach to maintain their local area, and addressing any site that they identify as Contaminated Land. It is important to understand what their obligations are, and how to make them aware of an area of land that they need to investigate.

What is Contaminated Land?

The law defines Contaminated Land, in the Environmental Protection Act (EPA) 1990 as:

“any land which appears to the local authority in whose area the land is situated to be in such a condition, by reason of substances in, on or under the land, that (a) significant harm is being caused or there is a significant possibility of such harm being caused; or (b) pollution of controlled waters is being or likely to be caused.”

The idea here is that the Local Authority needs to see that an area, either because of something that is in, on or under it is likely to or is causing harm to someone. However it is important to be aware that the concept of ‘harm’ is also defined in law. Under the EPA, harm is:

“Harm to the health of living organisms or other interference with the ecological systems of which they form part, and in the case of man, includes harm to his property.”

Again it is important to be aware that not only you, your family, or the natural environment is covered by the act. Your property e.g. your house is also protected.

It may sound obvious but a point that a lot of people forget about, when worried about Contaminated Land is that if there is something in, on or under the ground that is not causing harm, and is not capable of causing harm then the land is not contaminated. The way in which the definitions are worded means that Government departments especially Local Councils, are most concerned with whether or not an area is fit for its current use.

Why do I need to worry about this?

Generally most people do not need to worry about Contaminated Land. Much of the environment that had been damaged by the coal mines etc. has been known to Local Councils for many years, and will not impact members of the public. However if purchase a piece of land, whether for a home or business premises which is later identified as having been contaminated, you may find yourself being approached to establish your responsibility for it.

What needs to be proven regarding Contaminated Land?

Before an area will be deemed to be Contaminated Land, there needs to be evidence that significant harm to people, or their environment is being caused, or likely to be caused.

The process that Local Councils will operate in determining that an area of land is Contaminated is by engaging in a risk analysis. It will look to find evidence of three things:

The important point to remember is that there must be evidence of harm being done, or likely to be done to someone. There may be hazardous chemicals or substance sin the ground, but if there is no way for a person to come into contact with it then it will not be deemed as Contaminated Land.

You should be aware that the harm suffered, or likely to be suffered, will only be actionable in certain circumstances. While your property is protected by law, a contaminating agent that damages plant life that is purely decorative will not fall within the definition of the act. On the other hand, if there is any evidence of harm to the mental state of an individual, where there is direct evidence of an interaction between a chemical and an individual, this will be actionable.

Who will be held responsible?

Whether or not someone is held responsible will depend on whether or not they are an ‘Appropriate Person’. The law has developed in such a way as to identify sets of people who could be deemed as an ‘Appropriate Person’ as potentially responsible for an area of Contaminated Land. However the law also operates a series of exclusion tests, to remove liability from certain people.

There are different categories of ‘Appropriate Person’, and the law sets out very clearly who this will be. Under the current guidance an Appropriate Person will primarily be the person who either caused or knowingly permitted a contaminating agent to be in, on or under the ground.

The reality of things is that land very often changes hands, and it can take time before a piece of land is identified as being contaminated. As a result it may be the case that there is no evidence of who polluter, or who was aware of the pollutant in the land. In that situation, the law then holds the current owner or occupier of the land responsible.

Again however time can pass quickly and it may be the case that no one can be identified as owning the land. In those circumstances, it will be the responsibility of the Local Authority and the Scottish Environmental Protection Agency (SEPA) to organise for the area to be decontaminated.

Are there any exemptions?

The law has developed very much in line with reality when it comes to dealing with Contaminated Land. While there may only be one plot of land that is contaminated, it can change ownership multiple times and at any one time, more than one person may be using the land. To reflect this the law operates a series of exclusion tests, whereby responsibility for cleaning up contaminated land is removed from people. There are six different exclusion tests that exist:

This exclusion test is designed to remove responsibility for Contaminated Land, from people that have caused or knowingly permitted the presence of Contaminated Land because they carried out certain activities.

This test was created because the Scottish Government viewed these particular activities as carrying very limited responsibility for Contaminated Land. The test actually found its origins in America, but the point is that if your business is providing finance to another business or individual, giving them legal advice or are their landlord, and they happen to be on Contaminated Land, you will be excluded from liability.

This test is designed to remove responsibility for Contaminated Land from those who in their dealings with someone who else who is held responsible, have made payments sufficient to allow for the land to be cleaned and the contaminant removed.

The property must be sold on the open market, between willing parties. Prior to the sale becoming binding, the test requires that the buyer be provided with all of the necessary information to make him away of the contamination.   The seller will normally be required to conduct an Environmental Survey in these circumstances, and provide the results of this to the buyer. If the seller does this, they will be excluded from liability.

This exclusion tests is designed to exclude people who did not contaminate land themselves, but rather they introduced something to the land which resulted in the land being contaminated because the substance interacted with another substance in the land.

As mentioned earlier, many of these exclusion tests are designed to reflect the fact that ownership of land changes very regularly and different people will do different things with the land. If you introduce something to the land that only causes contamination because of something else that was introduced by another party, you will be excluded from liability.

The important point here is that the owners of land are not themselves causing any contamination, but someone else has allowed a substance to escape from their land to cause contamination. It must be proven that someone else was responsible for the escape of the contaminating substance before anyone will be excluded from liability.

This is arguably the most complex of exclusion tests. It is designed to deal with parties who have land which could potentially be harmful, but is not in itself deemed as contaminated land as it is not causing harm. They will be excluded from liability provided that they did not cause harm, which was only the result of someone else introducing a way for a pollutant to cause harm. This can be especially important for housing developments. It a developer is aware of any potential pollutant on their land that could potentially cause harm, following their completion of work, this could result in their being held solely responsible for the contaminated land.

An important point to note in attempting to understand the exclusion tests listed above, is that they have to be applied in a particular order. Anyone looking to avoid liability will have to wait their turn: the tests must be applied one at a time starting from ‘Excluded Activities’ and so on.

Where do I complain?

If you are concerned that your area is potentially on Contaminated Land, then you should seek the advice of an experienced Solicitor who has expertise in dealing with Contaminated Land on your position. They will be able to direct how on how best to approach your Local Council.

Is there any cost to me?

Generally there will be no cost to members of the public for reporting potential areas of Contaminate Land to their Local Council. However the cost of repairing an area of Contaminated Land may be left with you alone if you are deemed responsible. It would be wise to speak with a Solicitor who has experience in dealing with Contaminated Land, who will be able to advise on strategy and how to finance the case.

Nothing in this guide is intended to constitute legal advice and you are strongly advised to seek legal advice on matters that affect you.