Dec 19 Posted by Unlock The Law in News

A man believed to be Santa was arrested and fined this week for climbing Glasgow's famous Wellington statue.

Santa was given a fixed penalty-ticket for his actions in Royal Exchange Square. 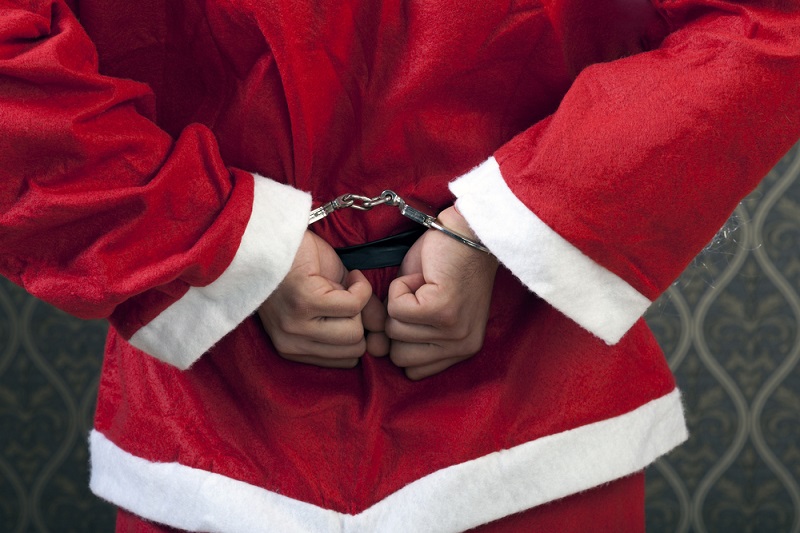 Santa was cheering and waving to passers by until firemen arrived to bring him down. After he was apprehended and put into the police van the crowds that had gathered began shouting "Free Santa!".

Spokeswoman for the police has stated that this is not the real Santa however, he has not been named otherwise by the police.

So, today at Unlock the Law we look at the effects of a fixed-penalty notice for Santa and why he has given it in the first place.

Why was Santa arrested for Spreading Christmas Cheer?

Fortunately for Santa, when you are issued with a fixed penalty notice you are given 28 days to pay the fine – we imagine he is busy enough at the moment without having this to deal with. This will give him something to do in January once the Christmas rush is over.

Although, if Santa chooses to refuse to pay the fine he could opt to be put on trial for the offence, however we would imagine this would be highly in convenient given that he would have to journey over from Lapland.

What we are most concerned about however is whether his most recent arrest will result in him getting the sack. For the sake of Christmas, we hope Santa's Workshop believe in rehabilitation of offenders.