The Grand Orange Lodge of Scotland were given the go ahead from Glasgow City Council to hold "Orangefest" in the City Centre's George Square at a licensing committee held on Wednesday. 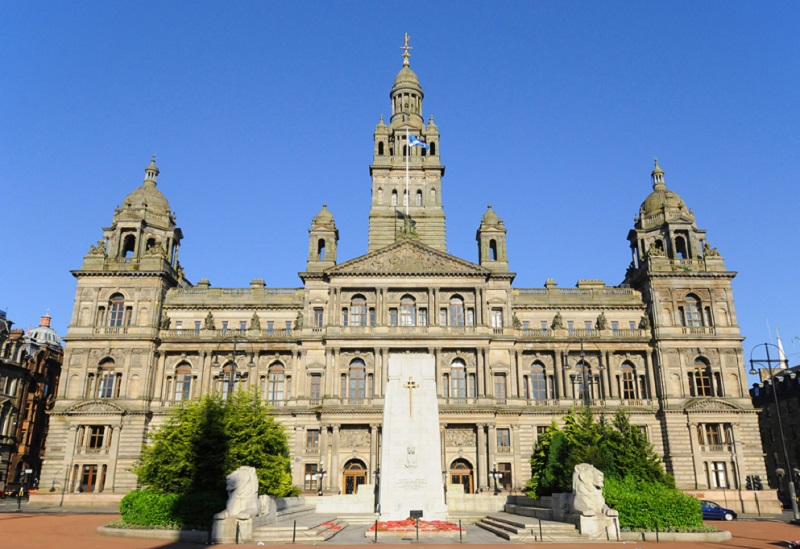 The decision has caused controversy with questioning and speculation both from the public and the SNP.

A petition to prevent the event gathered 20,000 signatures and asked Glasgow City Council to answer why they have permitted the city's central square to be used for "hate-filled Orange marches". At the same time, SNP councillors have said that GCC could have refused to allow the Order to use George Square for the festival and are disappointed in the council decisions.

However, the council insists that refusing the application was not an option for them. A spokesperson said:

"People use George Square and other public spaces around Glasgow for a wide range of events and activities. Providing events are properly planned and do not encourage unlawful behaviour; the council is not permitted to simply ban them on the grounds that someone dislikes, opposes or holds contrary views to the organiser."

Today at Unlock the Law we look at the Glasgow City Council decision to allow Orangefest to go ahead.

What procedures must be adhered to when holding an event?

In order for Orangefest to go ahead, the organisers of the event would have to make an application for a licence to Glasgow City Council. In the licence application, details of the event will need to be provided including the event purpose, duration and where the event is to be held. They will also need to state whether alcohol is to be sold on the proposed premises and also whether children and young people will be permitted entry.

Should Glasgow City Council have allowed the event?

Glasgow City Council have a policy statement outlining the way in which it will endeavour to enforce the law under the Civic Government (Scotland) Act 1982. The act lists five objectives which the council must have at the forefront when making licensing decisions, these are:

Arguably, the first three on this list could be called into question by the event. Last year, during a march in July, a 12-year-old girl was hit on the head by a glass bottle and subsequently hospitalised - organisers maintain that their events do not provoke violence.

Furthermore, the organisers of the event have made reassurances at the licensing committee meeting that there is no reason to question the event in terms of public nuisance and safety as the event is to educate others about the Orange Order. Furthermore, leaders of other religions are rumoured to be attending the event. Edward Hyde, Grand Master of the County Grand Orange Lodge Of Glasgow, said that Catholics and representatives of other religions were welcome at the event to help "break down some divides".

One specific area of contention regarding the event was the public cost of an increased police presence, however Hyde confirmed that the Orange Order would be paying for the event including employing a professional security agency.

What about inconvenience for local business and residents?

'One of the interesting facets of licensing in Scotland is how few neighbours are legally entitled to formal notice of the event application. Under the Civic Government (Scotland) Act 1982, the event organisers are required for a period of 21 days to display information relating to the proposed event application near the event premises so that it can be conveniently read by the public.This means that most businesses in the area were not legally entitled to formal notification of the event taking place.

"The organiser announced the event last year and, since then, has followed the statutory processes required by Scottish Government legislation in terms of obtaining a licence and providing details of the public procession. There are no traffic orders in place for the event, so no changes to access or travel for neighbours."

However, many businesses in the local area have already spoken out about how Orangefest has and will negatively affect their business. One business that did not wished to be named, said that all of its reservations made for Saturday when the festival is to take place have been cancelled and that they are considering closing for that day. They also expressed concern about Orangefest goers coming into the restaurant drunk to use the toilet. Furthermore, Waxy O'Connors, an Irish Bar in the area said that they would be asking their door stewards to begin six hours earlier than usual and the Camperdown Bar also plan to have door stewards from when the bar opens.

"I and my colleagues are deeply concerned that an event of this type, size and scale has been approved to take place in our city's civic square on a summer Saturday. My group has asked a number of questions, to establish who approved this event and when, how much the event will cost the public purse and what steps have been taken to ensure the safety and security of the wider public. The SNP group believes it is questionable at best that decisions to stage events of this kind, which are clearly going to be controversial, are being taken without any discussion with elected members and without any opportunity given for them to represent their constituents' views."

Can we find out how the council came to this decision?

However these are not available to read at present. At the committee meeting for Orangefest, the
the committee heard from representatives from the Orange Order and the police before reaching their decision as to whether to grant the license.

Where there is an objection to a licensing committee application, the person making the objection may also be invited to the committee to make representations about the objection.

The committee may grant or refuse a licence but may also attach special conditions to such a licence - they have chosen not to do so for Orangefest on Saturday, however Police Scotland have reportedly decided to increase police presence at the event.

It will be interesting to see whether the SNP questioning into the approval of the event provides insight into how and why the decision was reached, especially regarding the cost to the public and in relation to accusations of Labour councillors "courting votes" at a cost to the public by holding a civic reception for the event.

The event will run between 9.30am and 4pm and will be opened with a banging of the lambeg drums, followed by a variety of accordion bands, choirs and speakers addressing the crowd. Throughout the day there will be stalls, a lecture marquee, and face painting and bouncy castles for children. The "banner parade" will arrive in the square at 3.45pm.

Hyde, said the purpose behind the event is demolishing myths:

"Most people's only experience of the Order is if they happen upon a street parade. They know little or nothing about the Order's purpose, the huge contribution we have made and still make to the life of our wonderful city, nor the amazing extent of our charity work. Hopefully our Heritage Day will demolish a few myths and give people a better understanding of who we are and what we stand for."