On Monday night Channel 4 aired fictional docudrama 'UKIP: The First 100 Days'. Much like the party it's based on, the program attracted great controversy and a vast number of complaints. 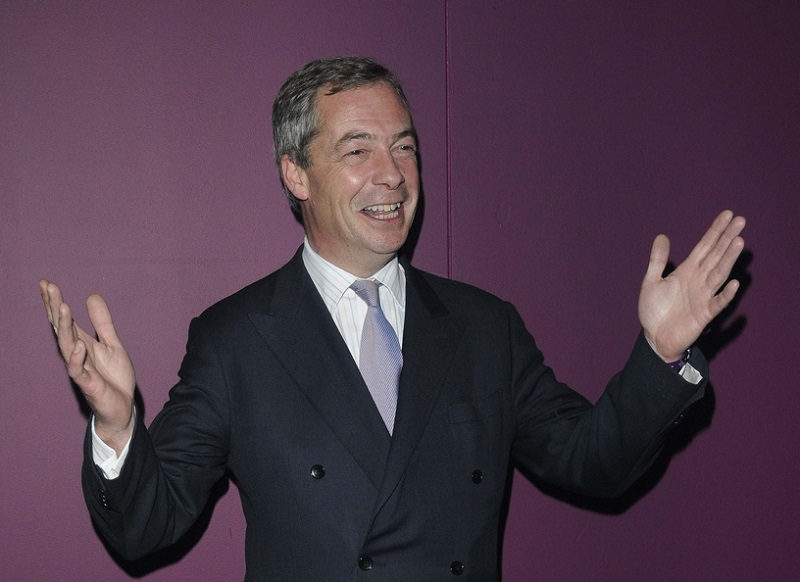 There have been 731 complaints to communications regulator Ofcom since the broadcast on Monday night – not including 250 complaints made to Channel 4 directly.

Ofcom stated that all of the complaints related to the same issue - that the programme was an unfair depiction of UKIP ahead of the coming election period.

The program was based on a fictional future where UKIP win the election. The feature depicts rioting on the streets through a mixture of archived riot footage and imagined scenes.

Furthermore, The First 100 Days has actress Priyanga Burford playing the party's only Asian female MP, who is elected in an imagined landslide resulting in Nigel Farage being elected Prime Minister. The fictional Asian female MP has difficulty reconciling her conscience with immigration policy amid protests over tough anti-immigration raids.

Channel 4 has openly defended the drama stating "a lot of research" was behind the film.

Channel 4 also said that Nigel Farage was invited to watch the feature before the broadcast and that he was also invited to do an interview, but he declined to do so.

Channel 4 also made clear that the show is in complete compliance with the broadcasting code and also that the channel has complied with it's obligation to be fair, accurate and impartial. It said:

"This rise of UKIP's electoral support is one of the biggest political phenomena in recent years and this is reflected in The First 100 Days, which used policies and statements made by the party and its members to create a fictional future where the party is in power."

Channel 4 further highlighted that the 'election period' stipulated in broadcasting regulations has not yet begun and thus they are not in breach of rules relating to such broadcasts. It added
"Channel 4 has a role to encourage debate and engage viewers in political issues."

Ofcom has made a statement saying that they will asses all of the complaints made before they investigate whether Channel 4 has breached their broadcasting obligations.

"Looks like 100 Days of UKIP may well have backfired on Channel 4. A biased, partisan depiction of the only party that Believes in Britain,"

What does Ofcom do?

Why have people made complaints to Ofcom and what kind of complaints do Ofcom deal with?

Ofcom is the UK communications regulator. This means they are responsible for regulating the TV and radio sectors, fixed line telecoms, mobiles, postal services, and also the airwaves over which wireless devices operate.

Ofcom aims to ensure that UK citizens get the best from their communications services – including protecting them from scams and bad practice. They are also responsible for ensuring healthy competition in this sector.

Some of the main legal duties of Ofcom are to ensure:

There are also a number of things that the Ofcom website clearly states that they are not responsible for including:

What Ofcom doesn't do seems to be very much the topic of the 731 complaints they have received in relation to the UKIP docudrama – they do not control the content or television programmes nor are they responsible for the accuracy. However, given the large number of complaints it seems that they may well investigate under their duty to ensure that people are protected and treated fairly in television programmes. It will be interesting to see if the investigation goes any further.