Trident Whitsleblower - What Could the Consequences be for the Man Trying to Save Us All? A Royal Navy whistleblower who posted an extremely concerning report on Wikileaks claiming that Trident is a "disaster waiting to happen" has now stated that he intends to hand himself in - regardless of the consequences. 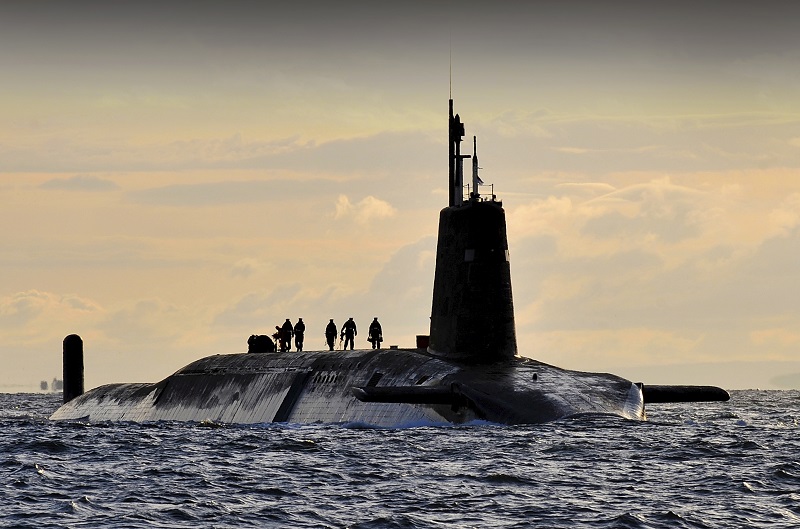 William McNeilly, posted an 18-page report revealing a raft of dangers onboard HMS Victorious which includes details of fire risks, lack of security checks and leaks. The report also contained a number of allegations about Trident submarines docked at Faslane naval base.

Following the publication of the report, Mc Neilly failed to report for duty and went 'missing'. However, he spoke to the BBC and said:

"I'm not hiding from arrest; I will be back in the UK in the next few days and I will hand myself in to the police. Prison - such a nice reward for sacrificing everything to warn the public and government."

Today at Unlock the Law we look at why Mc Neilly could be prosecuted under the law and also the law which protects those who wish to disclose wrongdoing in their workplace.

Why could McNeilly be prosecuted under the law?

The whistleblower could be prosecuted under the Official Secrets Act 1989. This acts prevents unauthorised disclosure of official information.

Furthermore, he may also be in breach of the Civil Servants Code. In June 2010, a request was made under the Freedom of information act that requested details of the official policy on Whistleblowing of the armed forces including the Navy. The reply mainly directed the answer to the Civil Service Code and stated:

"Civil servants should not:

• misuse their official position or information acquired in the course of their official duties to further their private interests or those of others, or receive benefits from a third party which might reasonably be seen to compromise their personal judgement or integrity; "

Mc Neilly stated in an online post that he had used his position to gather information for the report for more than a year.

The code further states that Civil Servants should not:

" without authority disclose official information which has been communicated in confidence within the Administration or received in confidence from others, or seek to frustrate or influence the policies, decisions or actions of Ministers by the unauthorised, improper or premature disclosure of information."

The report disclosed by Mc Neilly outlines more than 30 safety and security flaws on the Trident submarines and states "We are so close to a nuclear disaster it is shocking, and yet everybody is accepting the risk to the public."

The concerns are now being investigated by the Ministry of Defence, however McNeilly has used improper avenues to incite the investigation.

In order for whistleblowing to be protected, Civil Servants including those in the armed forces, must follow proper procedures. The Public Interest Disclosure Act 1998 (PIDA) provides legal protection for whistleblowers where they have reason to believe or suspect that certain activities are unethical or negligent. In order for the protections to apply, the disclosure must be a qualifying disclosure - genuinely in the public interest, and the disclosure must be made by following the correct procedure.

McNeilly claims he raised concerns with senior officers, in line with procedure and was forced to publish his claims after they were ignored.

"The Royal Navy takes security and nuclear safety extremely seriously and we are fully investigating both the issue of the unauthorised release of this document and its contents."

What punishment could he face?

The Official Secrets Act 1989 makes it an offence for a civil servant to publish information acquired in the course of duty, even if the information does no harm to the intelligence services. Furthermore, the fact that the information was disclosed in the interests of the public is not a defence.

Same-Sex Marriage - Why is Ireland holding a refer...
Can I Make a Personal Injury Claim if I have an Ac...