Sydney Siege – Could the Law have prevented this tragedy? Central Sydney was at a standstill yesterday after gunman Man Haron Monis entered the Lindt Chocolat Café and seized 17 hostages. 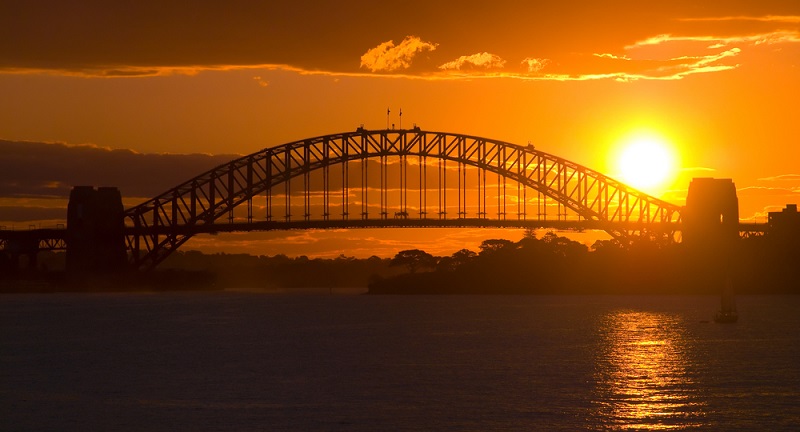 Monis had sought political asylum in Australia in 1996 and had a history of religiously inspired activism – he was also a self-proclaimed Muslim cleric and had previously been brought to the attention of the Australian authorities and convicted of sending hate mail to the families of Australian soldiers killed in Afghanistan in 2009.

Furthermore, Monis had been charged with being an accessory to the murder of his wife and was released on bail. He was also facing more than 40 indecent sexual assault charges.

Australian Prime Minister, Tony Abott has asked what anyone reading this must be thinking: Why was this man walking free? Why wasn't the gunman on the terror list? Could the law have prevented this tragedy?

What were the warning signs to the authorities?

Man Haron Monis clearly posed a risk to the community. He held extreme political and religious beliefs and followed a course of criminal conduct and it is suspected that he was not of a sound mental state.

When the attack in Sydney occurred, Monin was on bail in relation to two separate sets of offences including accessory murder and more than 4 sexual assault charges against seven different women.

This is aside from the fact that he had been known to security authorities. Sadegh Ghorbani, a Tehran-based journalist, tweeted on Tuesday that the Iranian authorities had repeatedly warned the Australian authorities about Monis's mental state. This would mean that Monin would have been on official radar for at least seven years but possibly 12 years after his arrival from Iran as a refugee in 1996.

He had also identified himself as an extremist in 2007 when he sent a series of hate letters, which described as 'condolence cards' to the families of Australian soldiers killed in Afghanistan.

Moreover, it is reported that Shia leader Kamal Mousselmani, urged the Australian Federal Police to investigate Monis's unsubstantiated claims to be a spiritual leader with the name 'Sheikh Haron'.

With all these warning signs for the authorities, surely there must be some kind of protocol in place in the criminal justice system that prevents such obviously dangerous individuals from walking freely amongst the public? The answer is yes there is, but they are not used lightly.

Did the criminal justice system fail?

Bail is a right in most jurisdictions in Australia as it is in the UK – it is not a privilege and will be granted unless the judge believes there is good reason not to grant bail in all the circumstances of the case.

Magistrate Bill Pearce granted Monin bail on charges relating to accessory to murder. This was because he found the case against Monin to be weak, the witnesses for the prosecution gave conflicting statements and there was evidence of an alibi. Given these circumstances it is unsurprising that the magistrate granted bail albeit with very strict conditions. Monin was required to report to the police daily, ordered to live in a certain place and made to leave $10,000 in cash with the court in December 2013.

The next month, a woman complained of a sexual assault carried out against her by Monin, which led to him being charged with three counts of sexual assault and refused bail. Usually bail will be refused if an offence is committed whilst on bail for another offence.

He was later granted bail with similar conditions as had been imposed on him for the accessory to murder charge.

After much police investigation, Monin was charged in October 2014 with more than 40 sexual assault offences alleged to be carried out on 6 different women and his bail was continued and a hearing date set for December 12, 2014. However this date was vacated and changed to February 27, 2015.

The reasons why bail was continued and why the date of the hearing was vacated are unknown, however it speculated that magistrates are under an obligation to follow the law strictly and do so to avoid their decisions being overturned later.

What is also unfortunate in this case is that Australia had in fact recently passed the Bail Act that imposes stricter conditions on the grant of bail, however this had not yet come into force.

What about counter terrorism measures?

Whilst strict rules pertaining to civil liberties are upheld in the criminal justice system, generally national security is deemed to be an overriding interest. Surely counter terrorism agencies have powers at their disposal to apply a firmer grip to individuals who are a potential threat to security?

The Australian Federal Police can impose both control orders and preventative detention orders.

Control orders can be placed on an individual for up to 12 months and requires them to wear a tracking device at all times. They also impose geographical restrictions on the movement of the subject and require them to report to authorities.

A preventative detention order (PDO) allows an individual to be detained for a maximum of 48 hours without having being charged with a crime. The detained person may not be questioned during this time, which led the previous independent national security legislation monitor, Bret Walker, to state that they were "worse than useless". In practice they are rarely used. The NSW Ombudsman found that the preventative detention laws in had never been used by the police in NSW between 2011 and 2013,

However, following amendments made this September which relaxed the grounds on which applications for PDO's could be made, three were issued by the Supreme Court this September as part of September's counter terrorism raids. But, the changes do nothing to enhance the actual powers of the police to detain or control individuals like Monin without any charge.

Prime Minister Mr. Abbott also said that it was "possible" that the siege would still have taken place even if Monis had been on a terrorism watch list. He said:

"The level of control that would be necessary to prevent people from going about their daily life would be very, very high indeed."

For more information about the criminal justice systems in the UK or terrorism legislation, please read our guides below:

> GUIDE TO CRIMINAL LAW IN SCOTLAND

Tags:
Criminal Law
Cycling - Can you be breathalysed? What The Road T...
American Apparel – Can you Discriminate Against th...