Scotland and the Commonwealth - Do we Need a UK Supreme Court?

Apr 16 Posted by Unlock The Law in News

Earlier this week, marking the 800th Anniversary of the Magna Carta, the Commonwealth Lawyers Association held the 19th Commonwealth Law Conference. We spoke to President of the Scottish Criminal Bar Association, Advocate, Tommy Ross who has given his comments on Lord Carloway's speech. Mr Ross makes the case for the continued relevance of the UK Supreme Court in Scotland and defends the legal profession on their opposition to the abolition of corroboration. 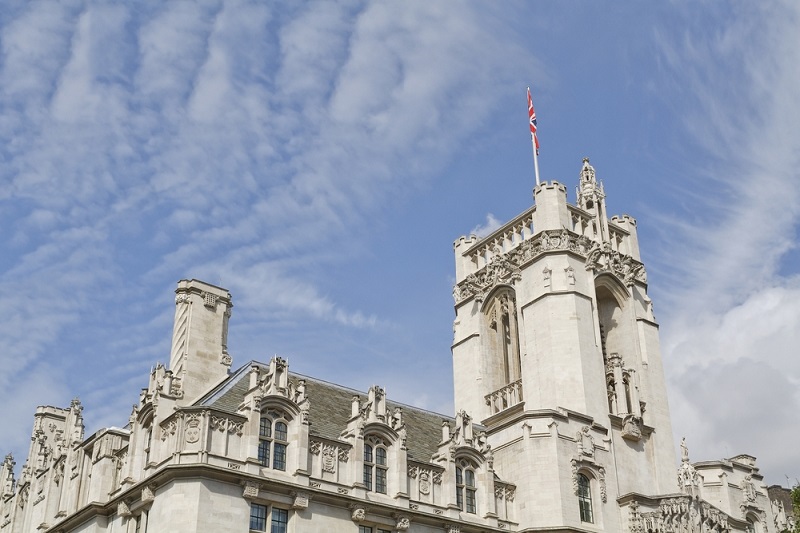 Is a UK Supreme Court Still Relevant in Scotland?

Whilst the purpose of the conference is to provoke discussion around how a community of commonwealth lawyers can continue to operate, regulate and legislate for some of the most robust and powerful economies in the world, particular issues that stood out for Scottish lawyers was the continued relevance of the Supreme Court for the whole of United Kingdom.

Addressing the conference, Lord Carloway expressed his concerns about whether the Supreme Court should exercise as much power over an arguably remote and distinct jurisdiction such as Scotland. He said:

"The Supreme Court, which has hitherto sat only in London, may be deemed to exercise greater autonomy in the selection of topics for the reform of Scots civil law than the Scottish Law Commission itself."

He continued: "In some respects, the oversight of Scots Law from a position that is relatively remote, far removed from the practical realities of operating the Scottish legal system and of Scots society as a whole, is apt to have a depressing influence on the efforts of those operating positively within the jurisdiction."

Whist many agree with Lord Carloway about how Scotland should be ruled and how Scot's law should be developed, many in the legal profession maintain that the UK Supreme Court Still has a very important role to play.

Tommy Ross makes the case for the continued relevance of the UK Supreme Court in Scotland. He said:

The comments that I find objectionable form a very small part of Lord Carloway's interesting speech on the subject of Law Reform, but some of the language used was singularly unfortunate.

Before coming to those parts, I cannot agree with his Lordship's comments about the UK Supreme Court. It plays an important function in protecting the ordinary citizen from the excesses of the state. It was the United Kingdom that signed up to the European Convention on Human Rights, so the United Kingdom needs a court to ensure that the citizen's rights are respected and protected, whether that citizen resides in London, Edinburgh or Cardiff. This speech was being delivered to lawyers from the Commonwealth. He described the UK Supreme Court as 'relatively remote' and 'far removed from the practical realities of operating the Scottish Legal System'. From that description, would any of those Commonwealth lawyers have guessed that the Justices of the UK Supreme Court include two of the brightest stars of the Scottish legal firmament, Lord Reed (who served as in the Inner and Outer House of the Court of Session for 13 years) and Lord Hodge, a former Scottish judge who served as a part-time Law Commissioner on the Scottish Law Commission for 6 years? Scottish lawyers bring cases to the UK Supreme Court and argue them there before Scottish judges. It would be very unfortunate if any of those Commonwealth lawyers left Glasgow with an impression of Scotland's citizens being subject to some form of non-participatory rule by an English court.

In a speech apparently designed to encourage lawyers to participate in the law reform process, it seems very unfortunate that Lord Carloway elected to use language that might discourage them from doing that very thing.

He talked of 'a tendency in some quarters, notably the media, some politicians and certain reactionary elements of the legal profession to personalize the attack on any reforms recommended by judicial figureheads that they may wish to undermine'. He claimed that 'reactionary or excessively defensive forces among the legal profession can, and often do, behave in a manner obstructive to progressive law reform, especially where there is a transparent perceived financial self-interest'

Lord Carloway proposed the abolition for the requirement for corroboration in Scottish Criminal cases. For those who are unfamiliar, corroboration is the requirement that two pieces of evidence 'corroborate' each other, meaning that they support each others version of the events. The abolition of corroboration was designed to allow a greater number of cases where the victim was the only witness to be effectively prosecuted, however this would leave the legal system wide open to vexatious and vindictive claims. Mr Ross Continues:

Let us look at those comments in the context of his most controversial proposal, the abolition of corroboration.

First, the allegation of self interest. The abolition of corroboration would financially benefit every single defence lawyer in Scotland. The cases which cannot be prosecuted at today for lack of corroboration would immediately come into the legal services market, resulting in more business for everybody. Yet every single defence lawyer I know is AGAINST a measure that would increase his / her cash flow. Self interest? Let us be honest, those who represent accused people for a living are not highly thought of in polite society. Many believe that we are 'in bed' with the accused, working on a bonus system like Premier League footballers. The suggestion that we would stand in the way of law reform to serve the interests of those same accused does not help.

Secondly, the reference to "reactionary lawyers". In Lord Carloway's consultation document, I agreed with around 80% of his proposals, I strongly disagreed publically with his proposal to abolish corroboration (a position generally in line with ALL of his fellow judges). I agree with 80% of his recent lecture on law reform, I disagree with his comments on the UK Supreme Court. Will Lord Carloway publicly clarify who he means when he talks of 'reactionary lawyers', or are all of those who have publically disagreed with him to be tarred with the same brush? Unclarified, will his use of this perjorative term encourage lawyers of future generations to become involved in the process of law reform, or discourage those reluctant to potentially hinder a legal career in development?

We agree with Mr Ross that is is disappointing that Lord Carloway when presenting Scotland to the rest of the Commonwealth would choose to bring forward such negativity about his fellow members of the legal profession without much clarification, however it seems to have engaged the purpose of the conference - to encourage discussion.

The Commonwealth conference has evidently sparked debate about the future of Scot's law and the place of Scotland in the Commonwealth. On the back of the Commonwealth games and the Scottish referendum it is important that the momentum and engagement of those interested in Scotland's legal system and legal politics is kept going.

Mr Ross's comments on Lord Carloway's speech do just that, hopefully encouraging comment and debate from other members of the legal profession and also form the general public.