An Argentine court has ruled that an orangutan named 'Sandra' who has lived in the zoo in Buenos Aires for 20 year should be should be recognised as a person and thus be granted the right to freedom. 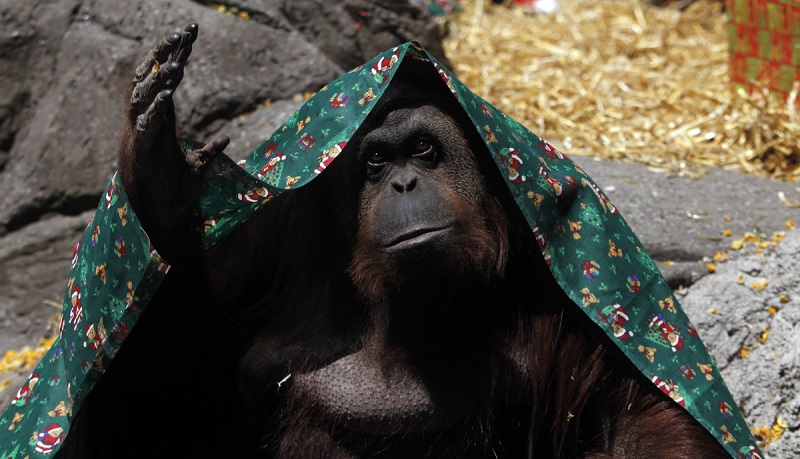 The ruling means that Sandra could be freed from captivity and transferred to a nature sanctuary in Brasil. The court declared Sandra to be a 'non-human person' accompanied with some of the most basic human rights.

The zoo in Buenos Aires has 10 working days to appeal the ruling.

On what basis has the primate been granted human rights?

One of the most fundamental of legal concepts is that of "habeas corpus" - literally meaning "you have the body".

Habeus corpus prevents you from being detained arbitrarily or illegally. When someone files a writ of habeus corpus, it allows the detained person to come before a court for it to be determined if there is adequate reason for their detention.

Are human rights not just for um, humans?

When it comes to human rights, these lawyers don't monkey around. Last November the Association of Professional Lawyers for Animal Rights (AFADA) brought the case alleging that Sandra suffered

"unjustified confinement of an animal with proven cognitive ability."

The lawyers argued that apes generally are capable of emotional attachment, logical reasoning and feeling frustration at confinement just as a person would. Turns out apes can be hu-oo-oo-man too-oo-oo.

Moreover, it was alleged that Sandra in particular can make decisions, has self-awareness and good perception of time. Thus, Sandra's detention at the zoo could amount to an unjustified deprivation of liberty. AFADA lawyer Paul Buompadre said:

"This opens the way not only for other Great Apes, but also for other sentient beings which are unfairly and arbitrarily deprived of their liberty in zoos, circuses, water parks and scientific laboratories,"

Sandra is not the first animal to have a human rights habeus corpus case brought to secure her right to freedom from captivity. In 2011, a case was brought against Sea World to secure the freedom of five orca whales that were captured in the wild, however the rights of the whales were dismissed by the San Diego Court. Also, earlier this month a new York court denied Tommy the chimpanzee human rights on the grounds that he was not a person, which we think is bananas.

If you are a primate and want to know more about your human rights, we are seriously impressed that you are reading this article.

Saint Nick Gets Knicked - Will Santa get a Crimina...
Boston Marathon Trial and the Death Penalty – What...

18 December 2015 My employer wants me to work on Christmas day, do I have to?
07 December 2015 How much should I be paid when I take a holiday over the festive period?
01 December 2015 What to do If You Have been Affected by Asbestos - Lung Cancer Awareness Month
22 December 2014 Sandra the Orangutan Granted Non-Human Rights