So You’ve Gone & Got a Parking Ticket - Legally What Can You Do? It's the surprise you definitely don't want.

Finding a parking space is stressful enough. But when you come back to find a parking ticket on your windscreen, emotions run high. 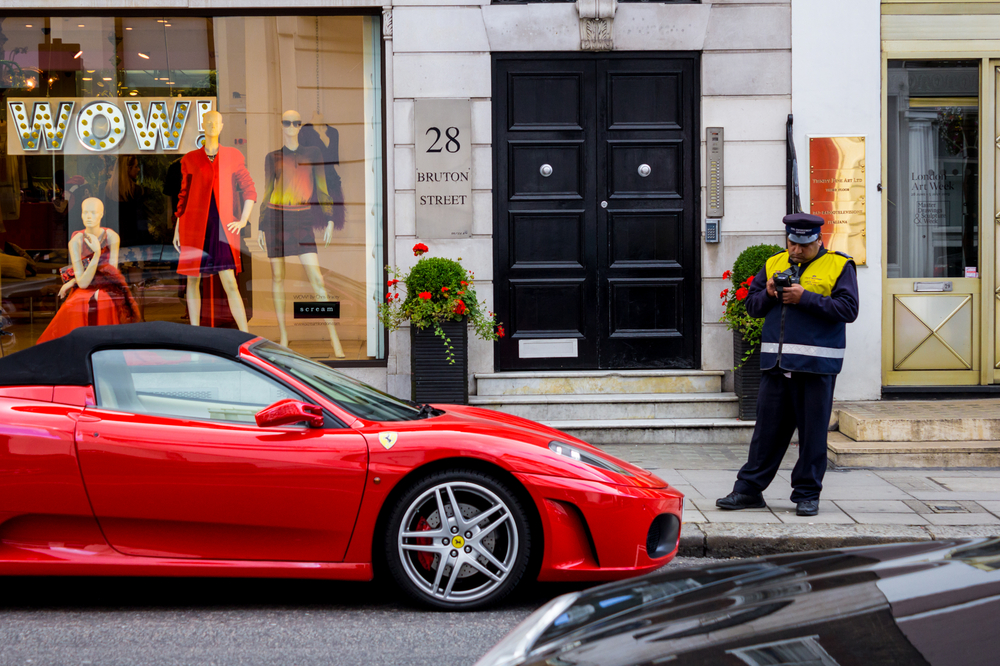 Whilst a fine may darken your day, to many it's big business. Each year around 1.8 million so-called parking charge notices are issued to drivers, across 20,000 sites in England & Wales.

Thanks to a Cambridge University Masters Law graduate, all of this could change. Mike Green decided to take matters into his own hands when his friends were given an unreasonable parking fine, which they refused to pay. The graduate is suing the DVLA and numerous other private parking companies after finding out that fines did not need to be paid unless they were issued by a court of law.

Mr Green has setup "Challenge the Fine", a group which is attempting to aid other drivers who have been fined in private parking spaces. Their aim is to take over 100,000 cases to the High Court and prove that fines were issued unlawfully. If Mr Green is successful in having fines overturned, it would be a landmark case for the UK.

According to Mr Green: "If you breach a contract then under contract law that company is only allowed to make a claim for the amount they have actually lost."

"Because these spaces are free to park in, I would argue the amount is actually nothing."

Evidence suggests that most drivers do not appeal their parking charge notices because they think that they might end up paying more. Most find the appeals process to be confusing, time-consuming and favouring car park bosses. However, if you've been given a parking charge notice, in a private car park, you may now be able to fight back!

According to the RAC Foundation, the independent motoring body, millions of pounds of penalties could have been charged illegally, in England and Wales.

Back to Basics - Can a Private Car Park Actually Fine You?

When you use a private car park in England & Wales, technically the landowner grants you
what's called a contractual licence to park your car. You are deemed to have agreed to the terms and conditions of the licence (usually displayed on signs) when you park up and leave your car.

So - if you don't pay for a ticket, you park for longer than you pay for or you park across a bay, the private car park owner can argue that you have broken the contract and issue you a parking charge notice.

This is not a fine, in the traditional sense. Instead, it is an extra charge to compensate the owner for any loss suffered as a result of your actions.

How Will They Ever Find You?

The UK Government introduced "vehicle keeper liability" in 2012. This allows private parking companies that are members of an Accredited Trade Association, either the British Parking
Association (BPA) or the Independent Parking Committee (IPC), to get your details from the
DVLA and to chase you – as the owner of your car – for the charge (even if it isn't you who
parked the car!).

How Much Can a Private Car Park Owner Charge?

The amount that a private car park owner can charge is technically unlimited. The governing law, the Protection of Freedoms Act 2012, does not specify what is – or is not – reasonable. The trade bodies (the BPA and IPC) also don't set limits, to avoid accusations of price fixing. They only recommend that charges be no more than £100.

So How Can You Fight Back?

Contracts Regulations, which apply to car park owners (suppliers) and drivers (consumers). They state that a provision in a contract may be unfair if it causes a significant imbalance in a contractual relationship, to the detriment of the consumer.

The regulations don't apply to the price you are asked to pay for a service e.g. the basic cost of parking. However, the extra charge in a parking charge notice might be regarded as entirely separate and therefore open to scrutiny.

The regulations specifically give as an example of unfairness terms requiring a consumer to
pay a disproportionately high sum in compensation. Accordingly, parking charge notices for, say, £80 to £100 probably will fall foul of the regulations and be unenforceable. If you have already paid the charge, it might have to be refunded to you.

There is a good faith caveat, however! If a private car park owner displays information about penalty charges prominently, they might still be considered fair. Much will depend on the particular circumstances of your case.

A second potential challenge is based on the actual reason for the penalty charge notice. The argument put forward by private car park owners is that the sum contained in any penalty charge notice is a genuine pre-estimate of the loss they will suffer if you break the contract.

However, if this is found not to be the case, a Court may throw it out. A good, accepted test is whether or not the amount in a penalty charge notice is exorbitant in comparison with the greatest loss that an owner can conceivably incur.

Since BPA research (from 2013) estimates that most short-term car parks charge £1 per hour, even relatively modest charges now can reasonably be challenged as being exorbitant.

At Unlock The Law we know that overstaying on a yellow line can make you see red. For the very latest on private car park charges in England & Wales, make sure you check Unlock The Law regularly, read our free legal guides or sign up to our newsletter.

Parma Football Club Not in Liquidation …But a Very...
Emma Thompson & Greg Wise Refuse to Pay Tax – What...