It was recently revealed that Taylor Swift has purchased some racy domains with her name on them: TaylorSwift.adult and TaylorSwift.porn. Why would Taylor do such a thing? 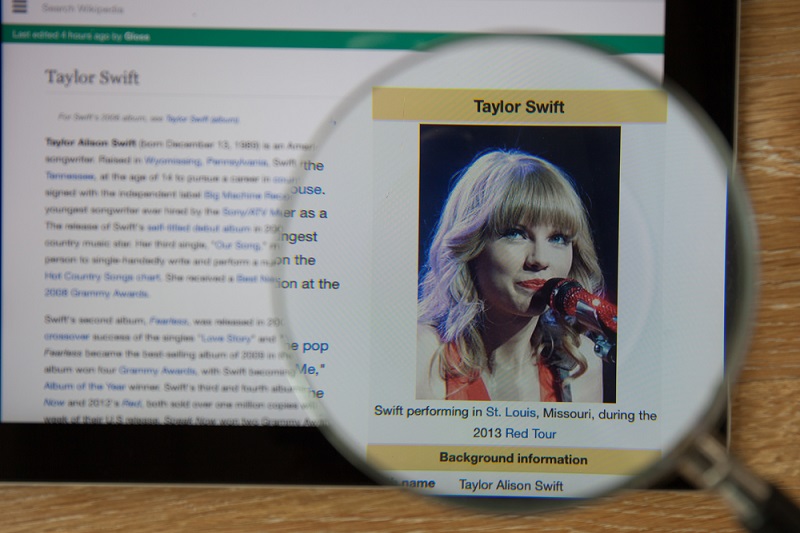 The basic answer is so no one else can have them. The practice of 'cybersquatting' has become an ever increasing problem not only for celebrities but also for business. But once again, Taylor's legal team of Swifties have pre-empted any problems for Taylor's brand by simply making it inaccessible. We knew she was trouble when she walked in.

Cybersquatting is basically the idea that individuals will buy up domain names for internet sites, holding them only until they can sell them on to someone who desires them. This is seen to be 'squatting' and the practice is highly controversial and problematic - usually squatter will target domain names that will be sought after by businesses or well-established brands – such as Taylor Swift. This then allows the squatter to sell the domain name to the brand that requires it for a very high price -the haters gonna hate hate hate hate hate.

Lets say Taylor Swift did not already have a website. The squatter who purchased TaylorSwift.com would be able to charge Taylor a large sum of money for this domain as it is the most relevant to her brand, and easily memorable for fans. The alternative is purchasing a less relevant or difficult to remember domain.

However, a more pressing problem at present is not the purchase of a domain name but the protection of brand image. TaylorSwift.com would not like to be associated with TaylorSwift.porn should it fall into the wrong hands. This could be disastrous for Taylor given that there are such a large number of pre-teen Swifties.

So, how does the law protect businesses, celebrities and consumers from the plague of cyber squatters?

Well, they are letting trademark owners get them first. In 2011, the Internet Corporation for Assigned Names and Numbers (ICANN) won the right to expand the number of generic top-level domains, or gTLDs, such as .com and .net.

Formerly, there were 22 nearly 550 new gTLDs on the Web - with more being released every month.

What if it is too late and taylorswift.pizza has been registered, and she doesn't even like pizza?

It is possible to dispute a domain name where someone else has registered it, however there are complications and restrictions. One of the main difficulties is that each legal system will have its own rules and which rules apply will depend on where the website host is based.

Furthermore, there is always the problem that the alleged cyber squatter may actually just be a nice girl who also happens to be called Taylor Swift and runs a quaint pizza shop.

If the website is not designed to take advantage of the brand or company, and makes no claims to be affiliated to the company, it may be a reasonable use of the domain name. This could even be a dedicated fan site, for example for fans of listening to Taylor Swift and eating pizza. However, if cybersquatting is taking place an individual, brand or business may be able to bring a claim for 'passing off'.

To bring a claim for passing off, an individual or company must demonstrate it has built up sufficient 'goodwill'. This means that the average person would know who that company or individual was.

Where the cybersquatter has created a website with the domain name relevant to a legitimate company or interest, and the site is likely to lead to the average person believing it is the individual, company or brands official site, and that brand suffers loss as a result, then a claim can be brought. This claim could stop cybersquatters using domain names for companies and then making money through that domain name and the firm's reputation.

For example, if Taylor Swift.pizza sold unofficial Taylor merchandise, which people belived to be authentic, TaylorSwift.com could bring a case for passing off. Not to be confused with Shake it Off.

However, it seems like Team Swift have got this one covered and it will be interesting to see what Swift does with her bound to increase domain names.

To find out more about protecting your brand, read our Free Guides on Intellectual Property.

To find out what happens to the domain TaylorSwift.pizza, click this link every week or so until something interesting happens.

Wrongly Accused By Your Employer? – Bus Driver Awa...
Why Do Companies Cold Call?