Rihanna has won a legal battle against Topshop to prevent them selling T-shirts that display her image.

The court of appeal ruled that the Topshop's unauthorised use of the singer's image amounted to "passing off" – the regulating the exploitation of an unregistered trademark. 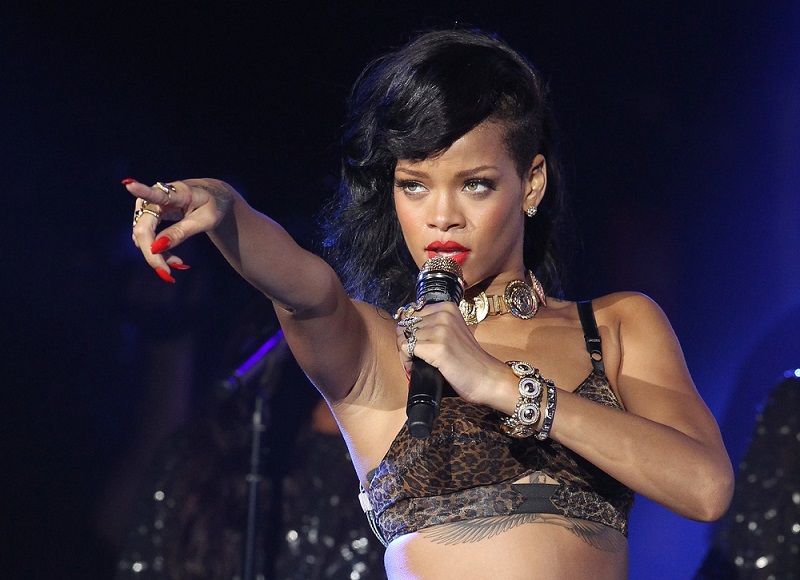 The dispute began in 2012, when Topshop began selling a T-shirt bearing a recognizable image of Rihanna . The image was taken from a photograph taken of her during a video shoot for her Talk That Talk album. The picture was taken by an independent photographer. Under the law of copyright, the photographer would be the owner of the copyright to that image and thus he licensed the use of the image to Topshop.

Rihanna and two of her corporate licensing companies launched legal action claiming that the use of her image for fashion clothing was not licensed, and that those who bought T-shirt would be led to believe that she had endorsed it.

The high court granted an injunction prohibiting Topshop from selling clothes bearing the singers image without informing prospective purchasers that it had not been approved or authorised.
Topshop attempted to appeal the decision but appeal was unsuccessful and Rihanna's rights upheld.

Today at Unlock the Law we look at the law of "passing off" and find out why Topshop can't use celebrity images without endorsement, or informing buyers that it is not endorsed.

What is the law of passing off?

The law of passing off requires the three elements of goodwill, misrepresentation and damage Although there is no such thing as an image right under English law, there is nothing to prevent a passing off claim being brought on the basis of false endorsement.

Depending on the facts of the case, a claimant may have a property right in their goodwill which can be protected from unlicensed appropriation consisting of a false claim or suggestion of endorsement of a third party's goods or business. Goodwill is the benefit a person or business receives from having a good reputation that could boost its earning potential. In this case, Rihanna is very popular with lots of fans which is more likely to boost sales of products endorsed by her.

Although there is a distinction between the meaning of endorsement and merchandising (endorsement requires that the relevant public consider that the product or service are approved by or associated with the endorser; merchandising, on the other hand, is exploitation of a thing absent of endorsement), there is no difference in law: the claimant must have a goodwill to protect; that the claimant is falsely represented as authorising the goods or services sold and the operative false representation is damaging.

In cases like this one, if the first two elements are proved it is likely that the activity is damaging. Despite cases denying merchandising rights, the issue always depends on the nature of the relevant market and the perceptions of the relevant customers.

However, there is no presumption that the presence of an image of a well known person on a product can be assumed to make a representation that the product is authorized.

Furthermore, it is insufficient to demonstrate that the relevant public would think there was a connection between the defendant and the claimant. The connection must be deceptive leading the public to suppose that the claimant has made themselves responsible for the quality of the goods or services at issue.

Although it may have been the case in the past, the public do not draw a sharp distinction between artist authorised goods and fashion garments. As such, that a garment is a fashion garment is not of itself an indication that it is unlikely to be authorised or endorsed.

In the present case, Rihanna had ample goodwill not only as a music artists but also as a style leader and a substantial number of purchasers were likely to be deceived into buying the t-shirt because of a false belief that it was authorised by Rihanna herself. The damage caused was a loss of sales to her merchandising business and a loss of control over her reputation in the fashion sphere.

In dismissing Topshop's appeal the court sends a clear message to retailers that if they attempt to use celebrity images without endorsement they may find themselves involved in a legal battle. Furthermore it may also send a message to celebrities and encourage them to bring such cases to court to protect their image, reputation and business.

To find out more, please read our Introduction To Copyright Law.

Boy Poses As Gynecologist. What are the Legal Rami...
What To Do If You Are Concerned Your Partner May B...