Ferdinand Ban – Can Your Employer Punish You (Or Be Punished) For Your Tweets? Rio Ferdinand has been banned from playing for three matches and fined £25,000 for sending a sexist Tweet. The QPR player and his club have become embroiled in an interesting and controversial scenario. Why should the player and the club be punished for messages sent in his personal life? 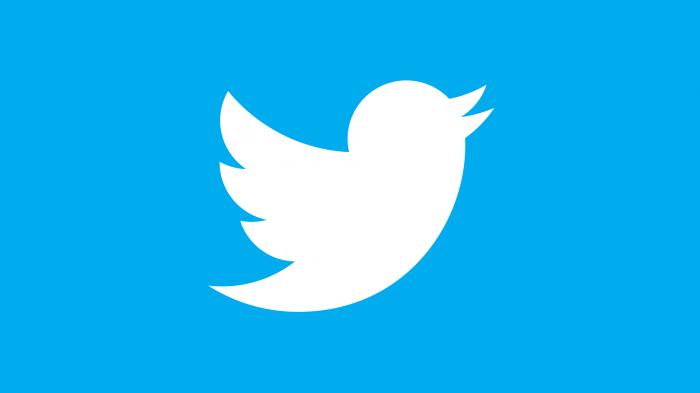 Why is the FA involved?

What gives the FA the legal right to punish Ferdinand for what he does in his spare time? The answer is employment contracts and codes of conduct. Just as anyone else in a profession is bound as part of their employment contract not to act in a certain way so as to negatively affect their profession, so too are footballers.

In July this year the FA had made clear to players that bans and fines were potential punishments for offensive Twitter postings. All Premier and Football League players, managers and club officials were sent letters regarding this issue. The guide to social media conduct stated:

“The following types of public media comment, including on social networking websites, may be considered to be in breach of FA Rule E3:

Comments which are improper, which bring the game into disrepute, which are threatening, abusive, indecent or insulting"

This social media guidance was designed to act as guidance as to what may be considered a breach of rule E3 – the rule relating to misconduct.

Using abusive language or insulting words or behavior that may bring the game into disrepute:

“Rule E3(1) A Participant shall at all times act in the best interests of the game and shall not act in any manner which is improper or brings the game into disrepute or use any one, or a combination of, violent conduct, serious foul play, threatening, abusive, indecent or insulting words or behavior”

Furthermore, if discriminatory language is used this will be considered an aggravating factor:

“E3(2) In the event of any breach of Rule E3(1) including a reference to any one or more of a person’s ethnic origin, colour, race, nationality, face, gender, sexual orientation or disability (an “aggravating factor”), a Regulatory Commission shall consider the imposition of an increased sanction…..”

In the tweet for which Ferdinand is being punished, he referred to another twitter users mother as a ‘sket’ – a Caribbean slang word for a woman who is promiscuous. This was in response to a negative tweet about Ferdinand’s ability as centre-back.

Whilst the FA have a strict policy of not taking action over private correspondence such as text and email, Twitter is a very public forum with Ferdinand having almost 6 million followers – this greatly increases the likelihood that the comments would bring the game into disrepute. Furthermore, Ferdinand has been appointed to the FAs panel tasked with improving the game in England which may mean he is subject to heightened scrutiny by the FA.

This is also not the first time Ferdinand has gotten himself into trouble because of his Twitter comments. Despite being a vocal anti-racism campaigner, he embroiled himself in a twitter spat that insinuated Ashley Cole, his erstwhile England team-mate, was black on the outside but white on the inside, calling him a ‘choc-ice’. Cole had defended John Terry, another England team-mate, at an inquest into a racism row involving Ferdinand's brother. Ferdinand claims the tweet was not racist.

Why punish the club?

Essentially this is an employment law issue, just as doctors and lawyers are bound by codes of conduct, so too are football players.

The FA is the regulatory body for ensuring the professional and reputable behavior of all involved in the game including players coaches and managers, however players are employed by their clubs.

Whilst it may seem unfair to clubs to impose bans on players this is necessary to ensure that the club the offending player is part of ensures the player does not commit such infringements of the rules again.

Clubs do not want to have the conduct of players affect their chances of winning games or risk losing fans over unacceptable conduct from players, thus the club of the offending player as their employer, is in a better position to take steps to ensure the players know they have done wrong and do not reoffend, including the threat of being dropped from the club.

The issue of the club being punished for the behavior of Ferdinand echoes the Luis Suarez biting incident which happened during the World Cup 2014 whilst he was playing for Uruguay. Suarez had been punished for biting other players twice prior to the World Cup incident. This put Liverpool in a difficult position as whilst Suarez is an incredibly talented player, he is unreliable as a result of multiple bans for misconduct. During his ban, Liverpool were not prevented from selling Suarez arguably had they done so this may have sent a clearer message to the player about unacceptable conduct. Thus, ‘punishing the club’ puts pressure on football clubs to ensure responsible conduct from players and if they do not do so it will be to their own detriment.

Furthermore, match bans in general are necessary to ensure there is some kind of impact on the player themselves. For players who earn millions each year from their salary and endorsements, even Ferdinand’s significant fine of £25,000 may not be enough to effectively dissuade them from misconduct.  However from a financial perspective, the ban may cost Ferdinand more than the fine in appearance fees and win bonuses.

This isn’t the FAs first ban for a tweet - Benoit Assou Ekoto was  banned for endorsing an anti-Semitic gesture made by  another player, Nicolas Anelka last year.

Ferdinand may still appeal against the punishment but is skeptical of the FA disciplinary process and did not attend his initial hearing, or mount a detailed defence. It is also estimated that to bring the appeal may cost him around £50,000 and if unsuccessful, he may face an even harsher penalty.

Disciplinary procedures for social media comments are not restricted to the world of football and the FA, increasingly employers are holding employees accountable for causing reputational damage to the company via social media.

In the case of Crisp v Apple, an employment tribunal agreed that sarcastic comments made by an employee about Apple products could cause reputational damage Even though the comment was made outside of work, the dismissal of the employee was deemed fair.

However, in that case, the employee was making comments about the company he worked for themselves and thus causing obvious damage to their reputation. Can you be punished for expressing discriminatory views?

In Smith v Trafford Housing, the court ruled that a company was in breach of contract where the employee was demoted for posting a link to an article about gay marriage with the message  “an equality too far”. Whilst the post would be upsetting to many people, it was not linked to the employer in any way, and it would be unlikely to bring the company into disrepute. Thus the company was not entitled to demote the employee.

On the other hand, Ferdinand’s tweet was in response to comments about his ability as a player and made mention of the team. Even if this was not the case, as a public figure he is linked in the public eye to the FA and to his club and employing those who make sexist comments would appear to bring the game into disrepute.

Use the buttons below to share the word to your networks. We are building our database of Sports Law guides - you can subscribe for updates here and view our full series of free expert legal guides here.