Cecil the Lion – Will the EU ban hunting ‘trophies’? In light of the tragic shooting of Cecil the lion, the EU have been called upon to ban the import of hunting trophies.

Conservationists and politicians have called for a ban on the import of lion heads, skins and paws as trophies from African hunting expeditions. 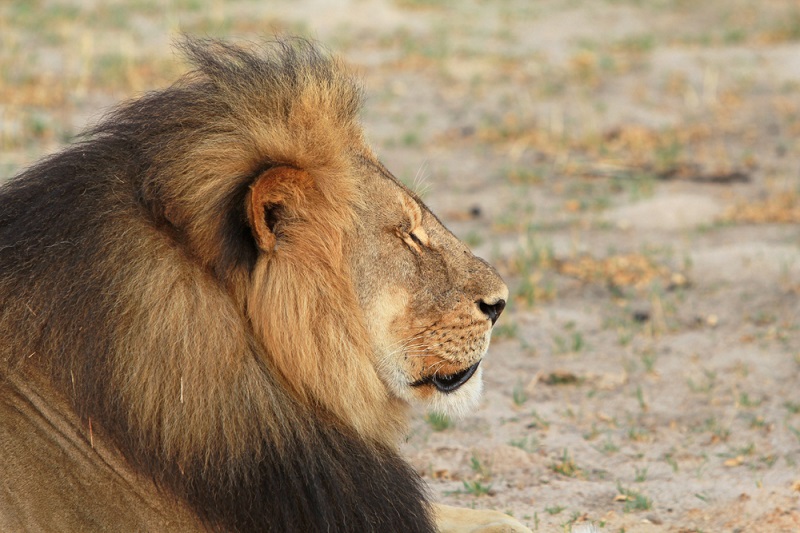 The law would be applicable where the African country is unable to prove that their lion population is sustainable.

Cecil who had his head and skin removed, is only one of around 200 lion 'trophies' taken and legally imported into the EU each year. The largest importers of such trophies are Spain, German and France.

Steps have already been taken in the EU in February this year when scientific advisers banned imports of lion trophies from Benin, Burkina Faso and Cameroon on the grounds that their wild lion populations were not sustainable.

The latest update to the International Union for the Conservation of Nature's red list of endangered species classed lions as 'vulnerable' and critically endangered in western Africa as a result of hunting activities.
European Parliament Member's have stated that the incident with Cecil the lion has demonstrated that where hunters are willing and able to lure lions out of national parks as opposed to killing them in areas with hunting quotas, the lion population in Zimbabwe will not be sustainable. The MEP's now believe that as a result the import ban should be extended to any African country that does not have sufficient, independent scientific data that their lion hunting activities are sustainable.

MEP, Catherine Bearder, submitted a written question to the European Commission on the issue, said:

"The shooting of Cecil the lion was tragic and cruel, but it has at least shone a spotlight on the absurdity of the current situation. Despite the number of lions across Africa plummeting in recent years, hunters are still allowed to import lion hunting trophies into the EU from several African countries."

"It's outrageous that lions are being killed just so someone in Europe can decorate their home with the body parts. The European commission must immediately impose an EU ban on all imports of lion body parts,"

Who decides which countries lion hunting is sustainable?

The decision as to whether a countries lion hunting activities are sustainable or not is taken by a group of specialist known as the Scientific Review Group (SRG) . The group have blacklisted a number of countries however, Zimbabwe, Namibia, Tanzania and South Africa are listed as 'positive' meaning that the have a large enough population of lions to accommodate hunting.

What other action can be taken?

As with many controversial activities, sometimes the biggest incentive to take action is not the law but external pressure. American Airlines and Delta have both now stated that the will not transport hunting trophies including lion, leopard, elephant, rhinoceros and buffalo trophies. This follows in line with KLM, Air France and Quantas who have also banned certain hunting trophies being carried on their flights.

Until the Cecil the lion scandal, Delta had stated that it would transport such items where they came from a legal hunt. The policies are effective immediately and may at a later date be extended to other types of animal trophies.

However it remains to be seen whether the calls for the EU ban and mounting pressure felt by airlines will lead to a change in the law worldwide in relation to hunting and hunting trophies.