Nearly two years ago, an attack near the finish line of the Boston marathon killed three people and injured almost 260 others. Today sees the beginning of the legal process to determine the fate of Dzhokhar Tsarnaev who is suspected along with his deceased brother Tamerlan of building and detonating bombs at the marathon event in April 2013. 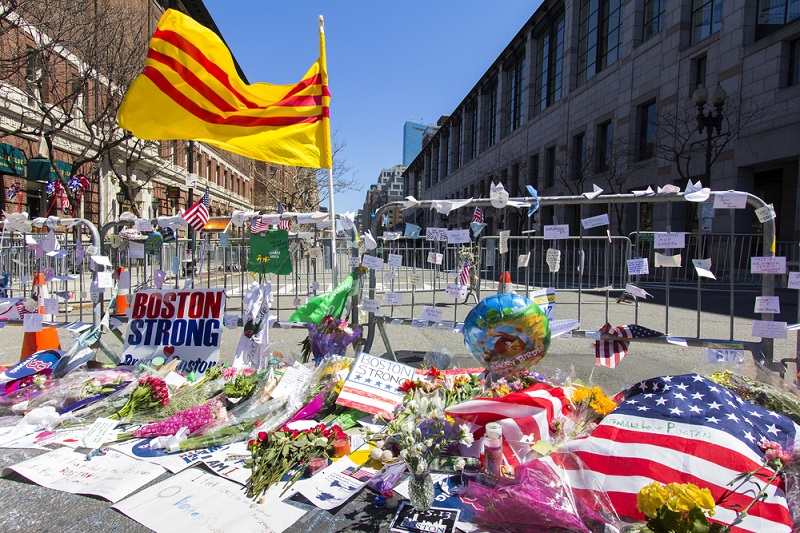 Today at Unlock the Law we answer many of the questions you may have about the circumstances leading to the trial and also give some insight into the trial itself.

After the bombing, the brothers managed to escape capture by the authorities. However, they were identified as those suspected of carrying out the attack and a manhunt lasting days and shutting down much of the Boston area followed.

Tamerlan, was killed in a shootout with authorities following the death of a Massachusetts Institute of Technology police officer. It is said Tamerlan was also run over by a vehicle driven by his brother, Dzhokhar. Dzhokar was later found aboard a boat parked in a driveway in Watertown.

Today is the beginning of the selection of the jury who will determine the fate of Dzhokar.

In the United States, jury selection happens in two parts. Firstly is random selection where names are randomly pulled from lists kept by the government (electoral roll, registered drivers, those in receipt of benefits etc.). After this stage comes what is known as "Voir Dire" – this is where pool of names is narrowed to the 12 that will compose the final jury. Usually the pool of potential jurors will be interviewed by the judges and attorneys to assess their beliefs and background. The attorneys may challenge any of the potential jurors on the grounds that they may be prejudiced or biased in deciding the case.

What charges does Tsarnaev face?

Tsarnaev faces 30 federal charges including bombing of a public place, malicious destruction of public property, carjacking, disruption of commerce and possession and use of a weapon of mass destruction resulting in death. These are just some of the charges and are some of the most serious crimes that can be committed in the United States.
If convicted, will Tsarnaev face the death penalty?

Yes, the death penalty is a possibility if Tsarnaev is convicted of this crime. Capital punishment has been illegal in Massachusetts where the crime was committed since the 1980's, however the crime is being tried in the federal court system – as opposed to the state court system- where capital punishment is permitted. A poll carried out by the Boston Globe showed that 62 percent of those taking part in the poll supported the decision of Attorney General Eric Holder to seek the death penalty for this crime.

Where will the trial be held?

The trial will be held at the U.S. Court of Appeals for the First Circuit in Boston.

It is alleged that Tsarnaev's defense team repeatedly attempted to have it moved on the grounds that it would be difficult to attain an impartial jury in the area the attack took place.

However, the district court wouldn't budge, wrote in their decision that it was confident of finding 12 jurors and six alternates in the "large and diverse" population of district's Eastern Division.

How long will the trial last?

It is difficult to predict how long the trial will last, however it is predicted that it could be up to several months – even selecting the jury from the pool of 1200 could take a few weeks.

The trial will be split into two phases: the determination of innocence or guilt and; sentencing if found guilty.

Is there a case for the defense?

It is speculated that instead of attempting to prove innocence, the defense attorneys will try to protect Tsarnaev from the death penalty by outlining mitigating circumstances.

Tsarnaev may have been influenced by his older brother, who authorities have painted as being disillusioned with life in the US and who would later align with radical Islam. This could be a major factor in the case for the defense.

It will be interesting to see how the case turns out and in particular whether if found guilty, the US courts will enforce the death penalty.