The Book Keeper of Auschwitz to Stand Trial for Complicity in 300,000 Murders - Re-writing the rule book on mass murder? Oskar Gröning, the "bookkeeper of Auschwitz is to stand trial for being complicit in the murder of 300,000 Auschwitz prisoners. 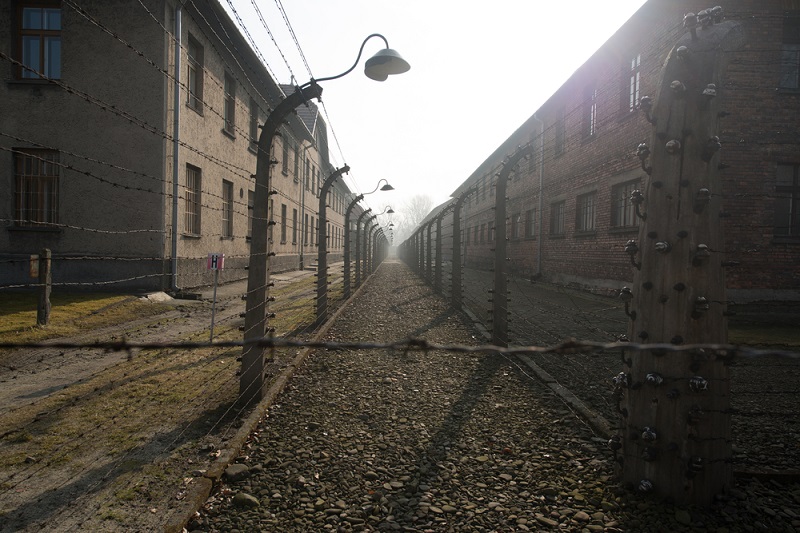 Whilst Gröning maintains he had no part in actually killing any of those held at the camp, he watched whilst his fellow SS men murdered children with their bare hands, and hoarded jes in their thousands to the gas chambers.

Gröning has always denied responsibility for the genocide committed during the Holocaust, however he is finally declared he is ready to speak about the atrocities he witnessed and was complicit in.

The 93-year-old will stand trial today, Tuesday 21st April, in the German town of Lüneburg. He stands charged of complicity in the murder of 300,000 Auschwitz prisoners. This case presents a novel approach to prosecution of war crimes and it is anticipated that could set a legal precedent for other Holocaust convictions.

Today at Unlock the Law we look at the trial of Gröning and why it differs from traditional prosecutions for murder.

What makes this trial different?

Unlike most of those suspected of committing war crimes, Gröning, in his old age has decided he is ready to talk to the authorities and the court about what happened at Auschwitz, where he was positioned as a guard between 1942 and 1944. Gröning a decade ago said "I have never found inner peace," - this may be his means of finding such peace.

However, he remains one of a few former Nazi death camp guards wanted by German justice authorities for trial before he dies. Gröning claims that in legal terms, he is innocent.

Gröning's role at Auschwitz he says was sorting money and valuables taken from Jews before they were gassed. He denies any insolvent in the actual murders of prisoners. He said:

"I would describe my role as a small cog in the gears. If you can describe this as guilt then I am guilty. Legally speaking I am innocent,"

On the other hand, Gröning admits being a passive witness to the appalling crimes against humanity carried out at Auschwitz.

If didn't actually carry out the murders or even commission them, how is he to be prosecuted?

The prosecutors in the case intend on relying on a new legal precedent set by former death camp guard John Demjanjuk, who was convicted of 'complicity' in mass murder in a Munich court in 2012.

However, the camp which Gröning worked at was a labour camp, and not exclusively an extermination camp. This could make Gröning's case more complicated, and make his conviction more difficult. Especially as Gröning insists that he is innocent.

This is one of the biggest challenges facing the prosecution of international war crimes not only for the Holocaust but all across the world. Who should we hold accountable for the most serious atrocities?

Unlock The Law - Join Our Conversation