Bakery Ordered to Pay $135,000 in Damages for Refusing to Bake lesbian Couple’s Wedding Cake - What laws protect the rights of gay people? A bakery in Oregon has been ordered to pay $135,000 in damages to a lesbian couple, after they refused to bake their wedding cake. Surprisingly enough the refusal is not the most controversial part of this tale - the bakery also raised $100,000 through crowdfunding platform GoFundMe to support them in paying the compensation. 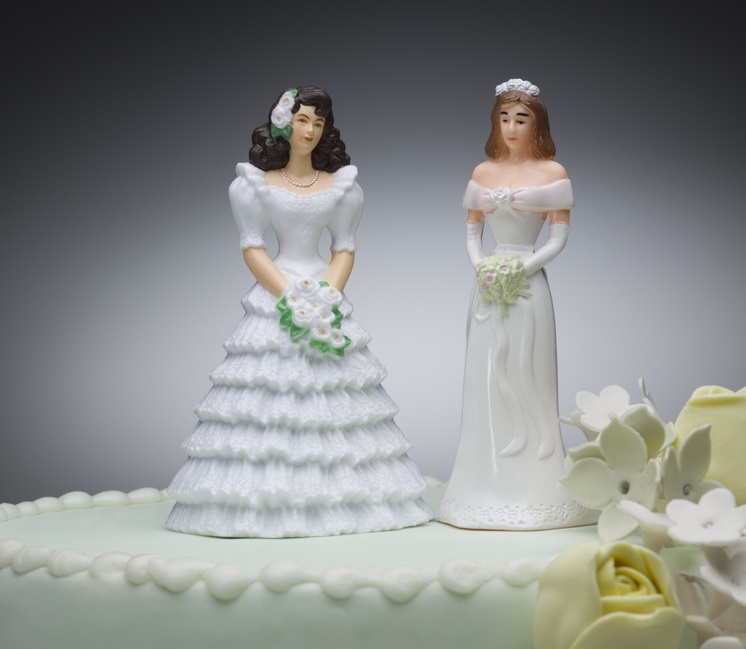 Owners of the bakery 'Sweet Cakes by Melissa', Aaron and Melissa Klein violated the state of Oregon's anti-discrimination laws by refusing to make a wedding cake for Rachel and Laurel Bowman-Cryer in 2013. The couple refused to make the cake on the grounds of their religious beliefs about gay marriage - beliefs that led to mass criticism of the bakery and the subsequent law suit.

Very quickly after the ruling was made a GoFundMe page was set up started in support of the bakery which received an astonishing $100,000 in donations. However, the page was shut down by site administrators who stated the campaign was "raising money for illegal purposes".

In the UK, anything which supports inciting hatred for gay people is illegal - this could be the reasoning behind the crowdfunding platform's decision to shut down the campaign.

Today we take a look at the law relating to discrimination on the grounds of sexual orientation in the UK.

What laws protect gay people from discrimination in the UK?

Over the last few decades, the law has evolved to ensure greater equality regardless of sexuality. Listed below are some of the main changes to the law which has contributed to this equality and changing attitudes of society.

Age of consent for gay men reduced to 16

Until 1967, sex between men was illegal altogether. However, when the Sexual Offences Act came into force in England and Wales it became legal for two men aged 21 and over to have sex. This was lowered to 18 in 1994 and finally in 2001 to age 16 making it equal to the law for straight people.

Section 28 as it is known was a law which came into force in May 1988. 10,000 people attended a protest against Section 28 London. Finally in 2003 the law was repealed and local authorities were allowed to support gay people freely under the law.

Protection from discrimination in the workplace

Employers were able to discriminate against gay people right up until 2003. It was not against the law to refuse to hire or promote a person based on their sexuality. There was also no protection for gay employees from bullying or harassment in the workplace. However, in 2008 the Employment Equality Regulations, came into force and rendered these kinds of discrimination illegal.

Prior to the civil-partnership act there was no legal recognition of same sex relationships. Now civil partnerships, which give same sex couples the same legal rights as married opposite sex couples. Following this the Uk Government and the Scottish government have introduced same-sex marriage giving same-sex couples the exact same powers to express their relationship in legal terms as straight couples.

In 2005 Criminal Justice Act came into force which gives courts the power to give tougher sentences for crimes motivated by homophobia. If a person is attacked for being gay or because the attacker thought they were gay, the act will be classed as a 'hate crime' and will be treated more seriously.

Provision of goods and services

It is illegal to discriminate against people because of their sexual orientation when providing goods or services - It is now illegal to refuse service to or discriminate against someone when providing goods or services to someone because they are gay. The example is in the case above where the lesbian couple were refused service by Sweet Cakes by Melissa on the grounds of their sexuality.

The Criminal Justice and Immigration Act makes it a criminal offence of 'incitement to homophobic hatred - This law makes it illegal to act in a way which incites hatred towards gay people, including producing publications and websites. In the past there were many pamphlets and websites which gave false information about gay people creating damaging myths surrounding them. This is now unlawful, we think its for the best.

In 2010 the Equality act was passed. The Equality Act extends the 'Public Equality Duty' to gay people and makes the law much simpler for gay people by providing them with the same legal protections as other people with certain characteristics which may mean they suffer discrimination such as women or ethnic minorities. The public equality duty means that in addition to the protections listed above, public service providers such as schools and health care providers must take positive steps to demonstrate how their service was accessible to and supportive of gay people.

What can I do if I am refused service because I am gay?

If you have suffered discrimination because of your sexual orientation, there are various options open to you under the law:

Lets Us Know What You Think

Listen Up Landlords - Deadline Fast Approaching To...
Abercrombie and Fitch to Finally Turn the Lights u...