Dog Poisoned at Crufts Competition - What can I do if someone hurts my dog? A prize-winning Irish Setter has been "maliciously poisoned" at the most recent Crufts competition. 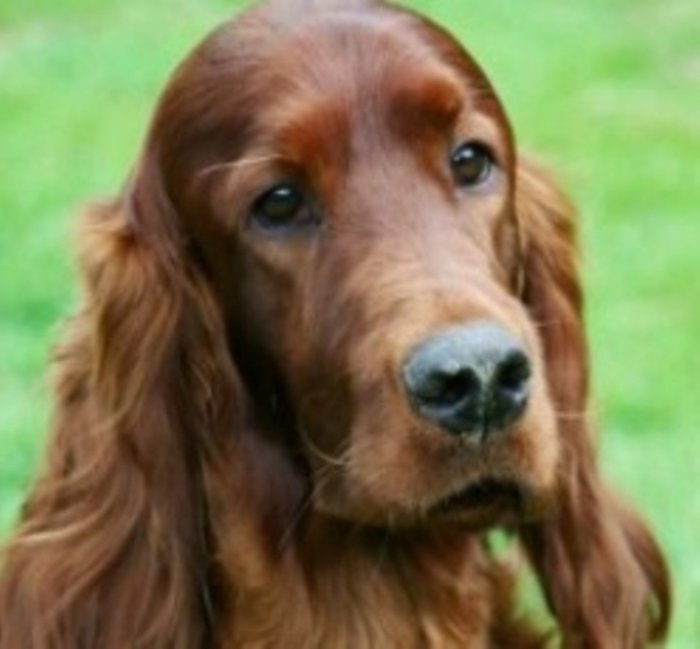 Thendara Satisfaction or Jagger as he was known, died after leaving the Crufts show in Birmingham. His owners claim he died as result of eating poisoned beef, however they do not believe that he was targeted specifically but was poisoned by someone with "a grudge against dogs or the Crufts show".

"I don't believe in my heart of hearts that this was another competitor or anyone involved in the dog world. I can only imagine that it was a random act that somebody premeditated and wanted to cause total distress at the best dog show in the world. It's not unknown for people to do things like this."

This may force the Crufts committee to look into having better security at the competition as it is believed that the dog was given the meat whilst on his bench at Crufts. Husband of the breeder told BBC Radio 4:

"When the vet opened up his stomach, she found cubes of meat - some sort of beef-like steak - and they had been sewn up with poison inside. She thinks there were possibly two or three types of poison. I think she identified one as a slug killer. I would guess that the other would turn out to be a rat poison or some industrial type of poison."

It is anticipated that the CCTV at the event will be checked as part of the investigation into the death, however it is unlikely that the culprit will be found this way as a result of how busy the event is.

As Jagger died on his return to Belgium, the Kennel Club are awaiting a toxicology report from Belgian Police. The vet involved in examining Jagger said that human forensic techniques were likely to be used to establish what the substance is as this level of testing went beyond what vets would normally deal with.

Furthermore, there has been a lot of media speculation over the value of Jagger given his recent award of second place in his category at Crufts, some reports have suggested he was worth up to £50,000. However, his owners have responded by stating that as a beloved family pet he was priceless.

Today at Unlock the Law we look at both the criminal and civil implications of harm to a dog, to find out what could happen to the culprit if caught and what you can do if any harm comes to your cherished pet.

What can I do if someone kills or injures my dog?

A criminal prosecution may be brought against the person who administers poison to an animal.

The act specifically makes mention of administering poison to an animal and a criminal prosecution can be brought against the person who administers the poison. If convicted of an offence under the act, the penalties available to the court include a fine of up to £20,000 or a prison sentence of up to 51 weeks. The court may also ban the person from keeping animals and order that any animals in their care be taken away from them

Can I claim compensation if my dog is killed or injured?

It may be possible to claim compensation from the person responsible where your pet is injured or killed by their negligent actions. In fact, just last year a pet owner was awarded £2200 after a military planes flying over his home resulted in the death of his parrot.

Depending on the circumstances of the case,you may be able may be able to convince a court to make an order requiring the person responsible to pay for:

In the case of Jagger it may be that the owners have a significantly valuable claim, especially if the media speculation of his value are correct. You should consult a solicitor if you feel you may have a claim against someone who has killed or injured your pet resulting in financial loss or serious emotional distress.

VICE Caught in Minimum Wage Twitterstorm - Do I Ne...
What Amounts To Sexual Harassment in the Workplace...